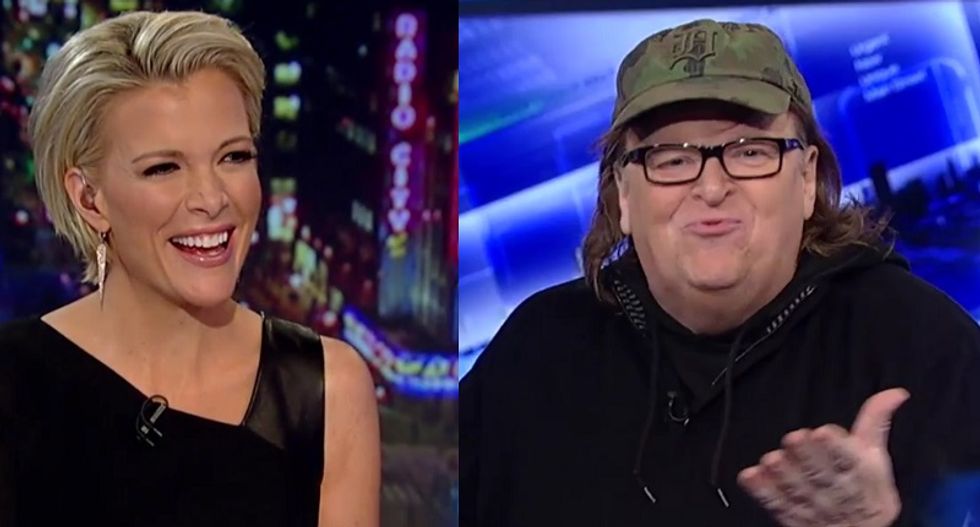 Liberal film maker Michael Moore, known for such documentaries as Bowling for Columbine and Sicko, went outside his comfort zone on Tuesday night and sat for an interview with Fox News host Megyn Kelly.

Moore spent a lot of time ribbing Kelly about the fear she seems to have inspired in GOP front runner Donald Trump. Trump abruptly pulled out of Thursday's GOP primary debate and his spokesman, Corey Lewandowski was accused of threatening Kelly by Fox News.

“What is he afraid of?” Moore asked, as Kelly chuckled. “I’m sitting here. I don’t feel any fear.”

He gave Kelly credit for doing what he said was the "one thing" the other candidates failed to do, "which is to essentially frighten him, make him run, shut him down... Everyone has tried to do this for months — but you did it!"

Watch the exchange, as posted by Fox News, here: