Michigan restores some powers to Flint mayor amid water crisis 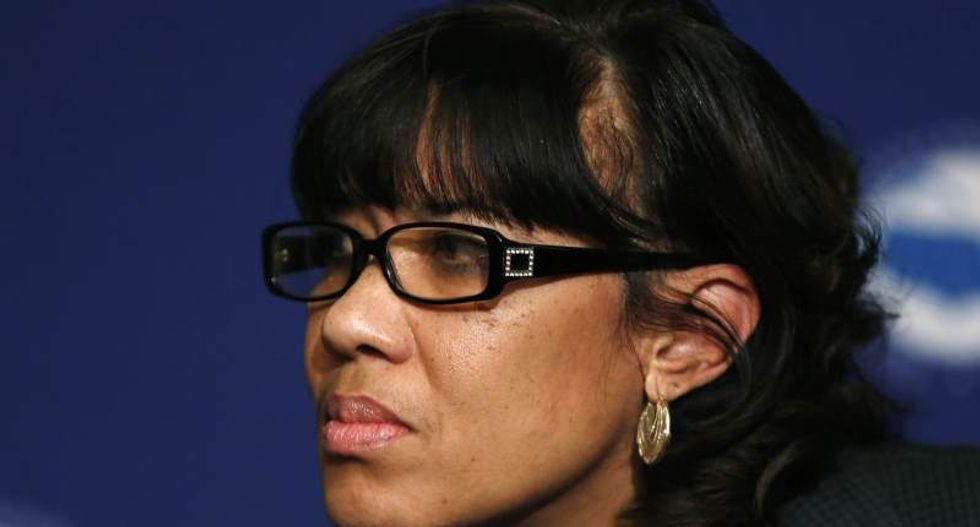 Flint, Michigan Mayor Karen Weaver addresses the media at the opening press conference of the U.S. Conference of Mayors in Washington on Jan. 20, 2016. (Reuters/Gary Cameron)

Michigan state officials on Friday restored some powers to Flint Mayor Karen Weaver, who met on Tuesday with President Barack Obama over the water contamination crisis gripping her city.

Weaver, who was elected in November to lead the city that is in receivership, can now hire and fire the city administrator and department heads for Flint under recommendations approved by Michigan Treasurer Nick Khouri.

A state-appointed board earlier on Friday unanimously recommended that some powers be returned to the Flint mayor as the financially strapped city transitions to local control from the state control that once included an emergency manager.

Flint's lead contamination problem, which came after a 2014 switch in water supplies to save money, has grown into a national scandal.

The transition board, appointed in April by Governor Rick Snyder, has not yet restored the City Council's legislative authority. Snyder had said he backed a plan to speed up the return of local control to the mayor.

"I recognize, and we recognize, that we have a lot of work we have to do, I believe this is a step forward and I appreciate it," Weaver told the board via a conference call.

The board meeting came one day after the U.S. Environmental Protection Agency said a top regional official would resign because of the crisis.

A succession of Flint emergency managers appointed by the governor to try to solve the city's fiscal woes have come under criticism. Their cost-cutting measures exposed Flint to a local supply of water that was more corrosive than the previous water supply and caused more lead to leach from aging water pipes.

Snyder on Friday blamed the water crisis on bureaucracy, citing a cultural problem with civil servants more focused on technicalities than common sense.

Speaking on MSNBC, Snyder said problems stemmed from the actions of a few government workers. [L2N155334]

"You have a handful of... 'experts' that were career civil service people that made terrible decisions... and we have to live with the consequences with that. They work for me so I accept that responsibility and we're going to fix this problem," he told MSNBC's "Morning Joe" program.

Snyder has rejected calls from critics for his resignation over the crisis.

Residents complained about the water within weeks of the change in supplies, but officials did not take action until October 2015 after tests showed some tap water and children with elevated levels of lead, a neurotoxin that causes brain damage and other health issues.

Although the city switched back to Detroit water, the water is still not safe to drink while officials wait for corrosion control chemicals to rebuild protection on pipes.

The ordeal has raised questions about the effect of inequality. Flint, a poorer mostly African-American city of 100,000, is about an hour north of Detroit.

Asked if the public health crisis was a case of so-called environmental racism, Snyder said "absolutely not," adding that officials have distributed bottled water and filters.