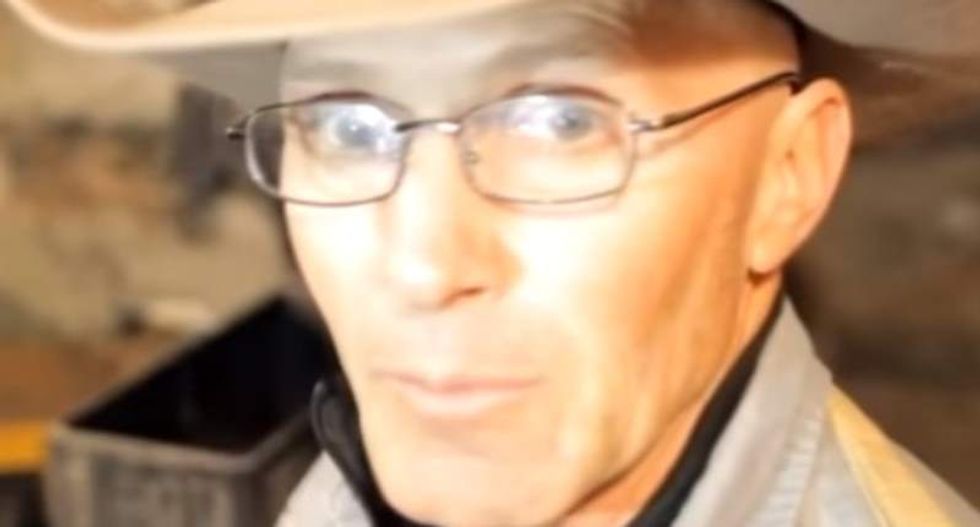 LaVoy Finnicum appears in a video released by militants inside the Malheur National Wildlife Refuge in Oregon on Jan. 20, 2016. (YouTube)

Members of Ammon Bundy's militant group released a video on Wednesday claiming they want to "open a dialogue" with members of the Burns Paiute Tribe regarding artifacts stored inside the Malheur National Wildlife Refuge.

The video, posted on YouTube by multiple-time felon Stanley Blaine Hicks under his "Blaine Cooper" alias, shows LaVoy Finnicum walking through a storage room at the facility, saying it contains artifacts shoved into boxes.

"You can see there's some rat's nests in here," Finnicum says, motioning toward one group of boxes. However, no rats are visible at any moment during the three-minute video.

"My question is, why do they just keep them down here?" Finnicum asks.

"Don't they belong to the natives, to their rightful owners?" Cooper responds.

Neither man mentions in the video that the tribe has already criticized their presence on the reserve. Earlier this month, chairperson Charlotte Rodrique described the militants as "a bunch of glory hounds." She has also contacted federal officials asking that Finnicum and his companions be charged if they "disturb, damage, remove, alter or deface any archaeological resource on the refuge property."

According to the Washington Post, around 4,000 tribal artifacts are stored at the reserve, all of them protected under the Archaeological Resources Protection Act. The Paiute have refused to enter any type of negotiations with Bundy's group.

"That's our history, our ancestors' possessions and remains," Rodrique told the Associated Press. "It's hard to explain, as a native person, what that means to us. That's the very proof of our existence in this country."