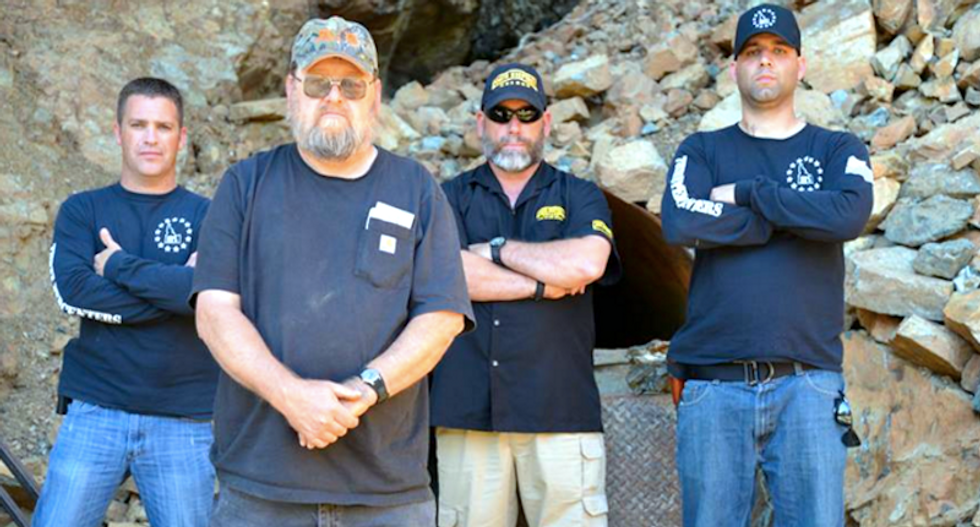 The remaining militants at Malheur National Wildlife Refuge won't be getting any help from the Pacific Patriot Network -- which includes members of the Oathkeepers and the III Percent militia groups.

Authorities arrested seven militants Tuesday evening in Oregon, near the nature preserve they occupied for more than three weeks, and an eighth militant surrendered after returning home to Arizona for a brief reunion with his family.

One of the militants, LaVoy Finicum, was shot and killed by officers during a traffic stop, and witnesses say the rancher jumped out of a crashed pickup and charged toward police.

Some of the Bundy militants and their supporters have claimed Finicum had surrendered before he was shot, and they're urging like-minded "patriots" to join the handful of militants who chose to stay at the wildlife refuge.

The Pacific Patriot Network issued "an immediate 'STAND BY' Order to all those who are mobilizing to the peaceful city of Burns, Oregon."

Ammon Bundy, the militant leader who was arrested Tuesday, sent members of the Pacific Patriot Network away from the occupation about two weeks ago to avoid inflaming the confrontation with authorities.

Witnesses and reporters in the area say all the women and children left the refuge before a deadline set by the FBI to surrender, although one pregnant woman reportedly stayed behind with a small group of armed militants.

The 4 a.m. PST deadline came and went without incident, but law enforcement agencies have set up checkpoints surrounding the nature preserve.

No one may enter the checkpoints, and anyone coming out must show ID and consent to a search of their vehicles.

David Fry, one of the militants, is streaming video from inside the compound, but militant leaders say he is "not in the know," and they have expressed concerns about his mental state.

A New York Times reporter says she spoke to some of the remaining militants, who apparently include Blaine Cooper, and she's not sure they're willing to engage in a firefight if authorities move in.

Last night I spoke with several ppl who were still inside the Malheur refuge. They did not insist they would stay. Are we nearing the end?
— julieturkewitz (@julieturkewitz) 1453902506.0