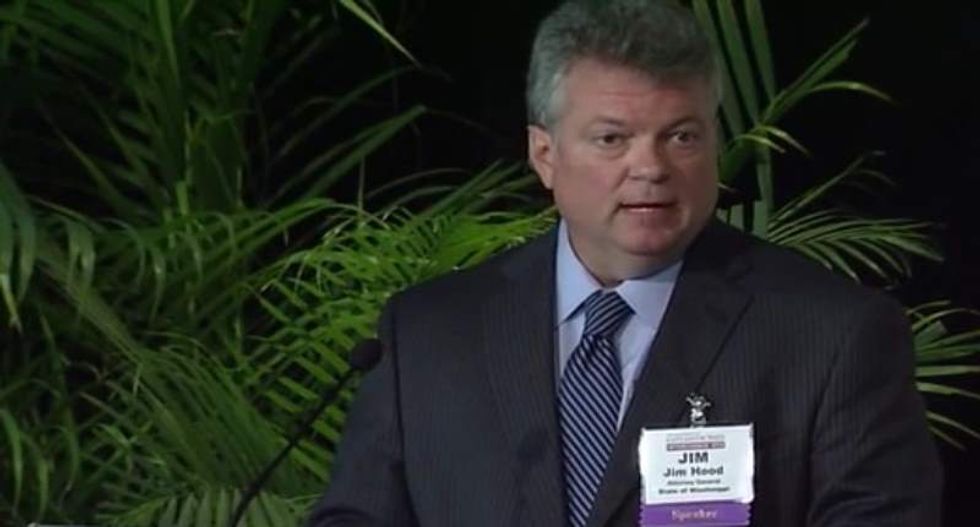 Lawmakers in Mississippi should allow state executions by firing squad, electrocution, hanging and nitrogen gas when drugs for lethal injections are not available, the state's attorney general said.

Attorney General Jim Hood, a Democrat, said he will ask state legislators to authorize the alternative methods for carrying out death sentences as Mississippi and other states struggle to obtain lethal injection drugs.

But those chemicals have been harder to come by since pharmaceutical companies in Europe stopped allowing them to be exported for use in executions due to ethical concerns.

Hood and his office could not be reached for comment on Thursday. Hood said in a news conference on Wednesday that he just wants the state to have other options in order to carry out the will of the courts.

"These are alternatives, fallback positions," he said.

The American Civil Liberties Union of Mississippi blasted the proposal.

"It's just barbaric when you talk about bringing back the firing squad or hangings and all the rest," said Charles Irvin, the state ACLU's legal director.

Utah is the only state that allows death by firing squad, according to the Death Penalty Information Center, which monitors capital punishment in the United States.

Delaware and Washington are the only two states that still allow inmates to be put to death by hanging, the group said.

Mississippi last carried out a lethal injection in June 2012, according to the state corrections department website.

(Reporting by Rich McKay in Atlanta; editing by Colleen Jenkins and G Crosse)