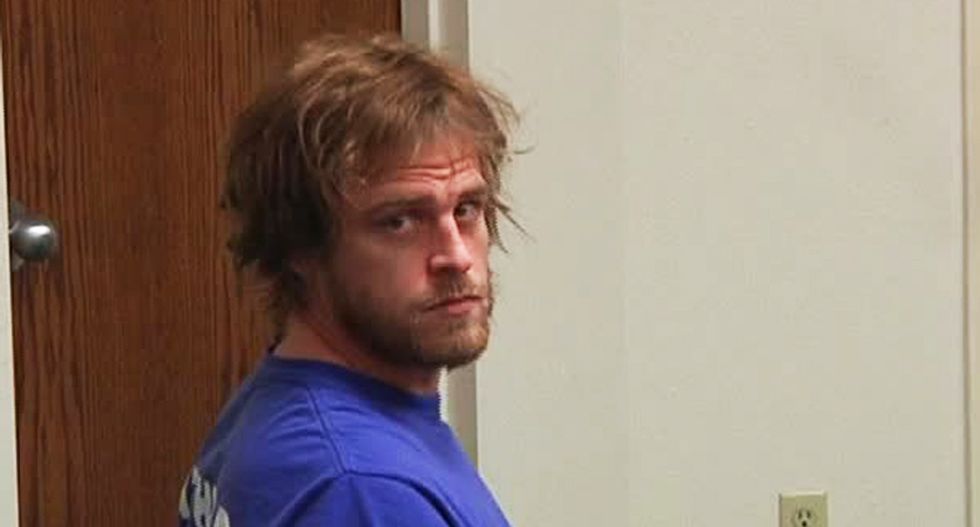 Protesters in Montana came out in force on Monday when the trial of a man who threatened to kill schoolchildren and Jews was postponed for the second time as prosecutors pondered a deal that would allow him to own guns.

According to the Missoulian, the trial of David Joseph Lenio, formerly of Kalispell, was supposed to commence on Tuesday, but was put off for the second time to March 14.  Lenio's attorney, Brent Getty, said that a deal is currently in the works and may be completed soon.

Lenio is charged with felony intimidation after he posted threats on Twitter saying he was going to kill Jewish leaders and "execute grade school children," adding, “I bet I’d take out at least a whole classroom and score 30-plus if I put my mind to it.”

According to a human rights group and two local rabbis, reducing charges to anything less than a felony would allow him to purchase and own more guns under current law.

Lenio, a restaurant cook, was arrested in February of last year after his roommate said that he had moved guns and ammunition into their apartment. He first came to the attention of authorities when Jonathan Hutson, who was a spokesman for the Brady Campaign at the time, alerted them to the online threats.

Initially jailed with bail set at $500,000, Lenio has since been released on his own recognizance and into the custody of his parents in Grand Rapids, Michigan.

The Coalition to Stop Gun Violence has launched a petition drive to urge Flathead County Attorney Ed Corrigan to seek a felony conviction that would permanently ban Lenio from legally owning a gun.

According to a blogger for the Southern Poverty Law Center, Lenio violated the terms of his release 348 times by re-tweeting messages written by other people after he was banned from using social media by the judge who released him.