More Mexicans are leaving the US than coming, recent study shows 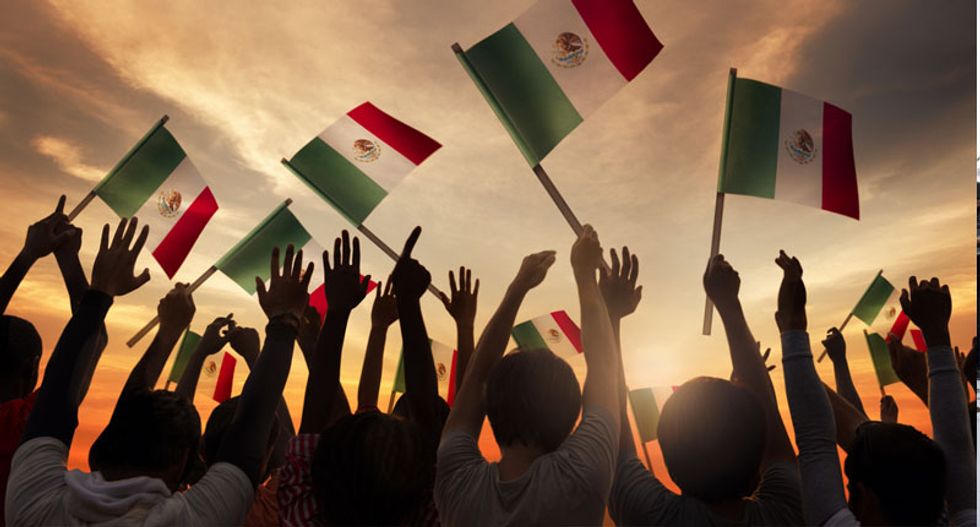 During the most recent Republican debate, Donald Trump declared “people are pouring across the southern border.”

Trump is right that the United States has been a major immigrant destination since the 1960s, but if he is referring to Mexican flows today, he is wrong.

But here’s what Trump ignores: a recent Pew Report shows that more Mexicans are leaving than coming to the United States – reversing a decades-long trend.

The main reason for the trend is family reunification, but this migration back to Mexico is not driven by nostalgia for kin. The reasons behind it are much more complex.

Mexican families have to grapple with hard economic and legal realities, and they often conclude that returning to Mexico is their best option.

The Pew Report looks at the years between 2009 and 2014. It combines Mexican survey data on the entry of Mexicans and their families – including American children – with US census data on Mexican entries to the United States. The report is designed to overcome the limitations of national statistics that typically ignore departures.

The study shows a net loss of 140,000 Mexican immigrants from the United States. One million Mexican migrants and their children left the US for Mexico, while just over 860,000 left Mexico for the United States.

While this may seem like a desirable outcome from an immigration control perspective, it may signal problems in the US economy. Among other things, it means that the children of Mexican returnees – kids who are US citizens – are leaving the country. US losses may be Mexico’s gain in a world market that rewards multilingual workers.

So what is driving this “return” migration to Mexico?

Respondents to one of the surveys behind the Pew Report were able to check off a box that says “reunite with the family” in response to a question about “the reason for [NAME]’s return.”

Six in 10 surveyed Mexicans who lived in the United States in 2009 but in Mexico by 2014 said they were moving back to reunite with family or to start a family. But this doesn’t tell us anything about what reuniting with one’s family involves.

Research by Wayne Cornelius and colleagues concurs with the Pew Report that family reunification is an important reason for return, but also suggests that Mexicans living in the US are more likely to stay when they have good jobs.

The evidence for this claim is an upward trend in remittances from the US to Mexico between 2014 and 2015. Cornelius and his colleagues show that economic factors matter a great deal, even if they are not the only ones that matter in making migration decisions.

After all, the pull of the family has been a historical constant. Most migrants, domestic or international, pine for their relatives back home. Blues, Yiddish tango and the letters of Polish and Italian immigrants to relatives left behind are cultural expressions of this truism.

Yet missing home has not consistently driven return migration flows in the past, in the ways we’re seeing now with Mexicans. What’s driving it is changing economic, political and demographic conditions.

While “family reunification” may sound like a decidedly noneconomic rationale for return migration, it is not. Sociologists and economists have long made the case that people migrate primarily in search of economic opportunities and to diversify risks and sources of income from a familial – rather than a solely individual – standpoint.

From this perspective, it is not surprising that the lagged effects of the 2009 recession enter the decision-making progress of both individuals and families deciding whether to migrate.

Here, there and in-between

Here in the United States, we tend to focus on factors that pull immigrants into the country – like jobs and higher wages. We also look at deterrents like restrictive policies. While these are critical factors in families’ decisions about migration, the return of Mexicans may be attributable more to failures in US family reunification policy than in any intentional deterrent policy.

Currently, Mexican family preference visas are being issued with a two-decade delay. Imagine a Mexican family that planned to move to the US as a hedge against risks in the labor market and to gain access to credit markets back during the Clinton administration. A decades-long delay in getting a visa, coupled with a major recession in the US and economic improvements in Mexico, may lead to a reconsideration of these plans.

Mexico’s economy has improved dramatically in the last decade. This improvement has translated into new job opportunities within the country. Fertility rates have decreased, and the population has aged. That means there are fewer people in the age cohort most likely to migrate – those age 18 to 35. Smaller families are a trend that will not change quickly.

In addition, border enforcement and dynamics between the United States and Mexico have created dangerous crossing conditions – and a lucrative market for smugglers – that makes it more difficult for family members to come and go, and visit each other.

What does this mean for US immigration policy moving forward?

If we want to create policies based on empirical economic and demographic realities, our leaders need to question prescriptions based on outdated data. Despite popular sound bites from the campaign trail, Mexican immigrants are not “pouring” over the border.

Responsible policy-making must reflect new realities. Otherwise, we will spend billions to build walls and deploy surveillance technologies to keep out people who are not coming – not to mention that these strategies have rarely worked.

Our tax dollars would be better spent integrating immigrants who are already here, managing refugees, filling shortages of less skilled workers and competing for talent on a global stage.

By David Cook Martín, Associate Professor of Sociology and Director of the Center for International Studies, Grinnell College