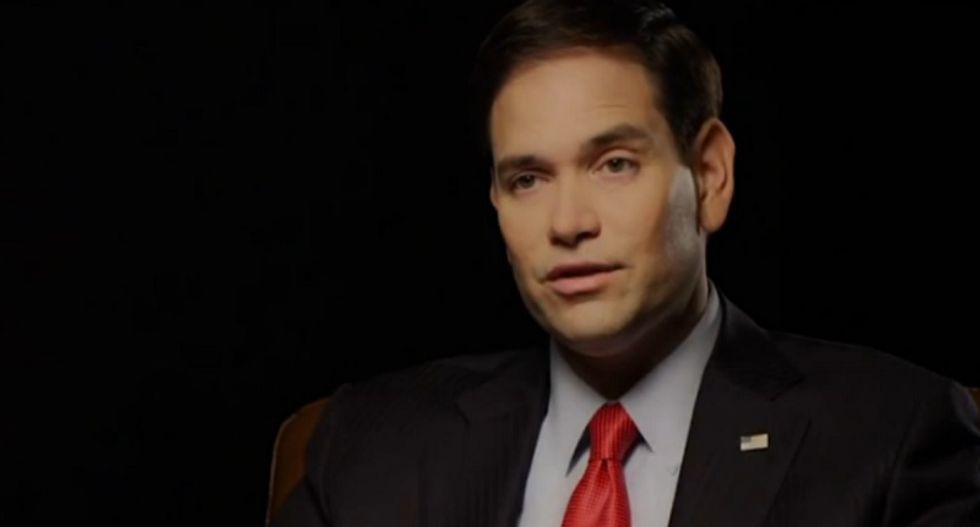 The hosts of MSNBC show Morning Joe ripped GOP presidential candidate and Florida Senator Marco Rubio on Thursday over a campaign ad that sounded more like a proselytizing Christian sermon.

Host Joe Scarborough, himself a former congressman from Florida, said Rubio was too plainly pandering to evangelical Christian voters, to the point of being insulting.

"They're not voting for you to be the best Christian," Scarborough said. "They just want to know that you get them. So stop pandering to them."

He then pointed out that Donald Trump, who has never been a beacon of Christian values, is ahead in the polls with evangelicals.

They then showed the Rubio ad, in which Rubio discusses his deep Christianity and hints his faith would influence his policy actions if elected president.

"Our goal is eternity," Rubio says, "the ability to live alongside our creator for all time. To accept the free gift of salvation offered to us by Jesus Christ."

He then quoted Bible verses and said, "Are your treasures stored up on Earth or in heaven? And to me, I try to allow that to influence me in everything that I do."

The ad prompted co-host Mika Brzezinski to murmur, "What the hell was that?"

Watch the segment, as posted by MSNBC, here: