Mother of Texas 'affluenza' teen released from jail after bail reduced from $1 million to $75,000 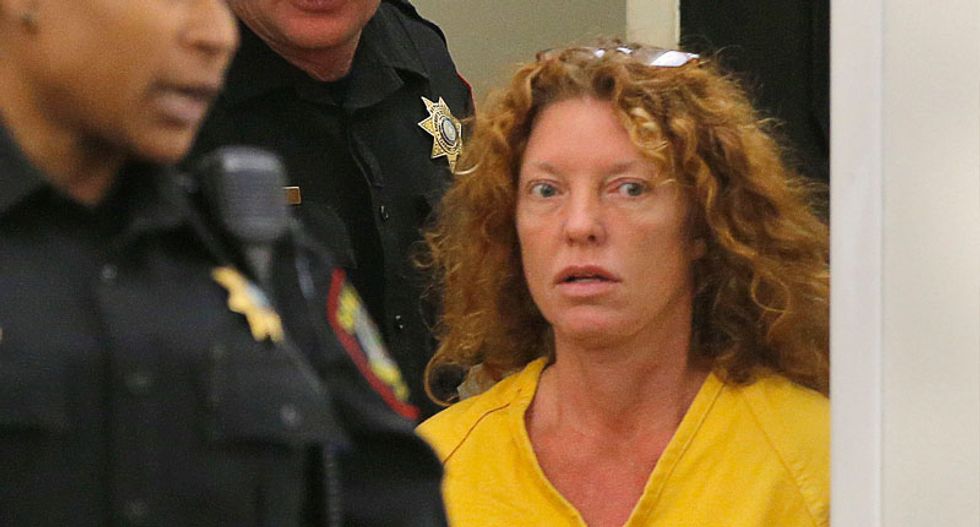 The mother of a Texas teenager, derided for his "affluenza" defense for killing four people while driving drunk, was released from a county jail on Tuesday, according to local media reports.

Tonya Couch, 48, posted bond on Monday, when her bail was reduced to $75,000 from $1 million after her lawyers argued the original amount was excessively high for a person charged with a third-degree felony. Couch faces up to 10 years in prison for helping her son escape to Mexico, likely in violation of the probation deal.

Tonya Couch will be placed under electronic monitoring as a condition of her release, Tarrant County Sheriff Dee Anderson said.

A psychiatrist testifying on behalf of Ethan Couch, then 16, at his 2013 trial in juvenile court, contended his family's wealth had left him so spoiled that it impaired his judgment to tell right from wrong.

A petition by Mothers Against Drunk Drivers (MADD) demanding that Ethan Couch's case be moved from juvenile to adult court had more than 28,000 signatures on Tuesday morning toward its 30,000 goal.

On Monday, Judge Wayne Salvant imposed conditions on a release on bond that included the electronic monitor, drug testing and reporting weekly to authorities.

Anderson told reporters on Monday there was a possibility Tonya Couch could flee again.

Ethan Couch is in an immigration detention facility in Mexico fighting deportation back to the United States.

Stephanie Patten, an attorney for the mother, said her bank account had been frozen and she could not access enough money to pay the bond.

Tonya Couch and her son left Texas after a video surfaced on social media in early December showing Ethan at an alcohol-fueled party, in likely violation of his probation deal.

A day after the video was seen on the Internet, she withdrew $30,000 from the bank and informed her estranged husband, who owns a metal works business, that he would never see his son again, an arrest affidavit said.

Mother and son drove in a pickup truck to the beach resort of Puerto Vallarta, where they were caught by Mexican authorities after a manhunt lasting more than two weeks.