Muslim woman expelled from Trump rally: They asked me, 'Do you have a bomb?' 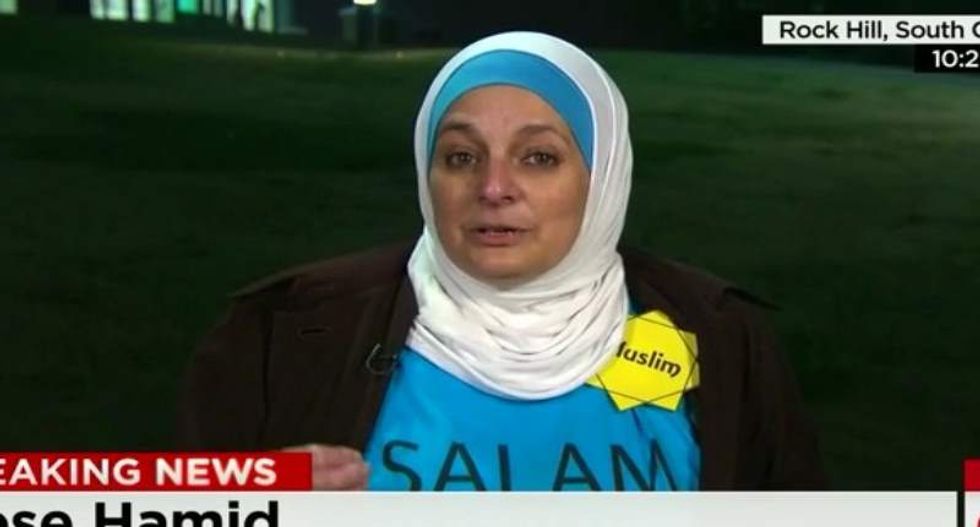 Rose Hamid discusses getting kicked out of a Donald Trump rally on Jan. 8, 2016. (CNN)

The 56-year-old Muslim woman who was seen on video being harassed after being kicked out of a Donald Trump rally on Friday described both the pleasant encounters and "ugliness" she encountered during the event.

Footage of the rally in Rock Hill, South Carolina captured the moment when Hamid -- wearing a shirt that read "Salam, I come in peace" -- and a man identified as Marty Rosenbluth were led out of the event by a police officer, and two men subsequently harassed her. As she was being led out, Trump said, "There is hatred against us that is unbelievable. It's their hatred, it's not our hatred."

Hamid said the remarks were "a vivid example of what happens when you start using this hateful rhetoric and how it can incite a crowd." Hamid said of Trump's pattern of anti-Islam remarks.

But at the same time, she said, one woman took her hand during the encounter and expressed regret at what she was going through, while the people seated around her did not behave in a confrontational manner.

"Some people would say, 'Why even put yourself in that position, Rose? To be around those people,'" Lemon asked.