NH Tea Partier sorry for disturbing description of how he would carry out school shooting: 'I'd have a field day' 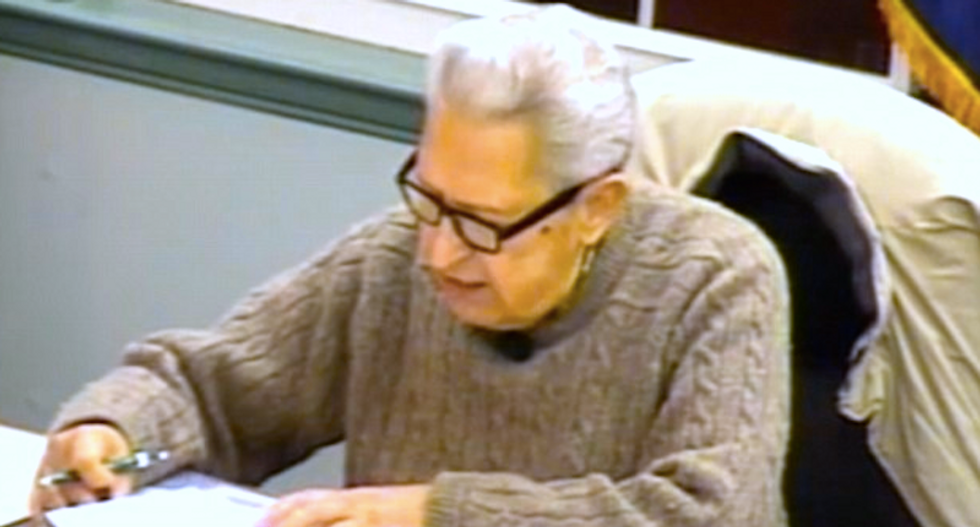 A New Hampshire elected official has been barred from school grounds after describing in graphic detail how he might hypothetically commit a school shooting.

Jorge Mesa-Tejada, the chairman of the Hampstead Advisory Budget Committee, made the remarks Thursday during a public discussion about safety concerns regarding mobile classrooms at a local elementary school.

The Tea Party Republican opposes a $4.5 million construction bond, and his controversial remarks were in response to an infomercial produced by school officials that argues new buildings are needed, among other reasons, to protect children from potential sniper attacks.

Mesa-Tejada said renovations would not make Hampstead Central School any safer, and he then launched into a highly detailed description of how he might carry out a mass shooting at the school.

“Based on today’s situation, we can have snipers anywhere shooting people and all that, they might be shot," he said. "Well, that’s true, it could happen -- but based on my Marine Corps training, if I wanted to really do harm, I wouldn’t do it while they’re going from the portables to the main building. I would wait until recess. I would hide in the woods behind them and I’d have a field day.”

Another board member cut off Mesa-Tejada at that point, saying, "No more."

The school superintendent issued a no-trespass order Friday barring the budget committee chairman from school property without permission, and school officials said they were baffled and disturbed by the comments.

“I can't even begin to explain how someone goes from discussing a bond article, talking about construction at the school, to detailing how he would commit a mass shooting at our elementary school,” said Jason Cipriano, Hampstead School Board chairman. “I can't speak to him and his mentality, or how he got there. All I can say is that I am very disturbed.”

Mesa-Tejada has served as an elected official for decades, and the school superintendent said he had been warned about inflammatory comments he's made in the past.

“Anybody that puts our children's safety at risk, I don't think is fit to serve in any public capacity,” said Earl Metzler, school superintendent.

A parent of two children at the elementary school said the comments were no joke.

"When I saw the recording, I had two first reactions," said Caitlin Parnell, a mother of a first- and third-grader. "One was disbelief that an elected official would be talking this way, and my second reaction was to feel sick to my stomach."

Mesa-Tejada apologized for his remarks, saying that he should not have described potential threat in such detail.

"My intention was to highlight the fact that the children are more at risk on the playground than when moving between the trailers and the main building, should someone want to harm them," he said. "Stupidly, I used excessively graphic language. It’s inexcusable and I apologize."