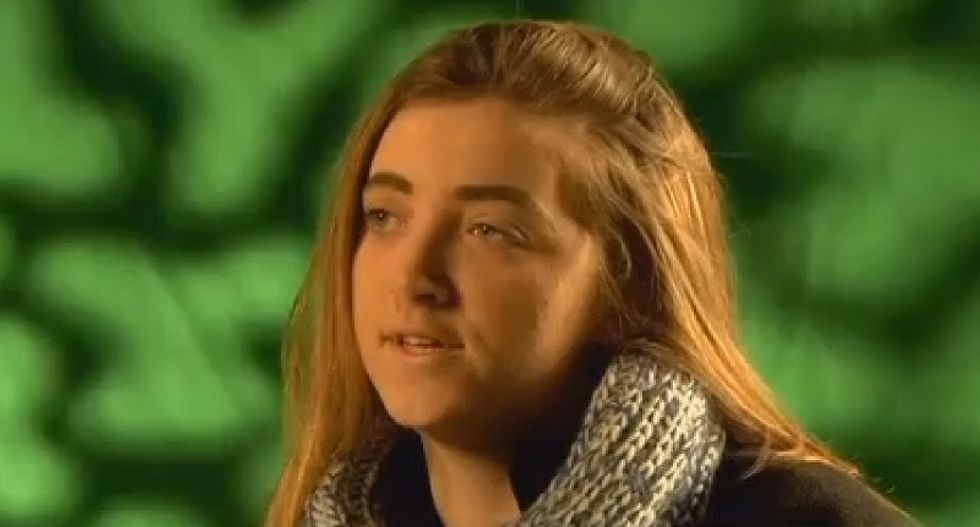 A North Carolina waitress was fired after telling supervisors at her restaurant that a manager groped her, WBTV-TV reports.

Lauren Jones told the station she was a waitress at Sonny's Barbecue in Charlotte for about a month when her manager came up behind her and grabbed her butt at the end of her shift.

“I immediately turned around with my left elbow, and kind of surprisingly looked at him in his face, and said ‘What the hell do you think you’re doing?’” she told WBTV.

Jones decided to report the incident to prevent it from happening again.

But what happened next surprised her. She was fired in a meeting with the restaurant's general manager and Ed Tubel, who owns the Sonny's franchise. The manager she accused of grabbing her was also present.

Jones made a recording of the meeting on her cell phone and gave it to Fox54.

In the recording, a male at the meeting tells Jones he doesn't believe her because she had been with the company less than a month and the manager had been with them 15 years with no complaints. When Jones tried to say what happened, the man interrupted her and said he doesn't "accept" her story.

"All I want here is to be on record that he did touch me," she says in the recording.

The man responds, "Well we can't accept that... It is on record, but I don't accept it."

At the end of the meeting, Tubel tells her, "We don't want you to quit. We're terminating you."

"My initial impression is that if you’re going to put together a seminar on the wrong way to fire someone, this would be the first exhibit in that seminar,” Strianese told WBTV. “Title VII of the Civil Rights Act of 1964 prevents and prohibits sexual harassment in the workplace. But it also prohibits employers from retaliating against an employee for complaining about sexual harassment in the workplace.”

Strianese added that the actions of restaurant owners and management could end up costing them if the matter went before a jury.

“If I were on that jury, and I deal with this a lot, I would have a very easy time concluding that... the employer has engaged in illegal conduct here,” Strianese said. “The consequences for this are really quite serious. Judges and juries do not like employers who retaliate.”

The president of Tricor, Tubel's franchise company, doubled down on blaming Jones for coming forward after working for the company for under a month.

“Sonny’s Bar B Q has operated established family oriented restaurants in the Charlotte area for 37 years," Theresa Randall said in a statement to WBTV. "It is unfortunate that a person who was employed at one of our restaurants for less than a month has decided to take her grievances to the news media. Sonny’s will not respond to personnel matters through the news media.”

"Thank you for bringing this to our attention," a spokesperson said. "The issue has been resolved and everything is visible."

According to the station, viewers began slamming Sonny's online shortly after its initial report on Jones' firing.

"Shame on you Sonny's. I don't care if she only worked for you for 1 day!" one Facebook user wrote. "Your franchise owner is not only misogynistic he is also unethical and his actions are illegal."

The company initially responded to each comment by saying that each restaurant was owned by independent owners and that it was "our understanding that this is an ongoing matter that is being addressed by the franchisee."

Watch the report, from WBTV, as posted here: