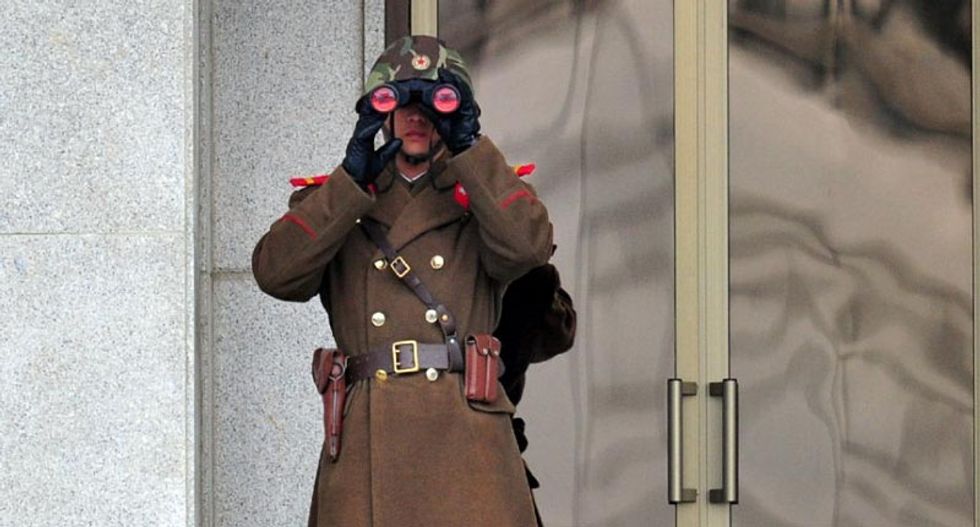 North Korea said Friday it had arrested a US student who, under orders from Washington, had engaged in an unspecified "hostile act" after entering the country on a tourist visa.

The detention comes at a sensitive time, with the United States taking a leading role in efforts to secure tough international sanctions on North Korea over its latest nuclear test.

Pyongyang has a history of using detainees as bargaining chips to extract concessions and high-profile visits to secure their release.

The student, identified as Otto Frederick Warmbier from the University of Virginia, had entered North Korea as a tourist "for the purpose of bringing down the foundation of its single-minded unity at the tacit connivance of the US government and under its manipulation," the North's official KCNA news agency said, using the official acronym for North Korea.

He was detained "while perpetrating a hostile act against the DPRK", it added, without specifying when the arrest was actually made or when Warmbier entered the country.

During a recent interview that the pastor, Hyeon Soo Lim, gave to CNN in Pyongyang, the North presented another ethnic Korean prisoner, whom they said was a US citizen arrested for spying in October.

The term "hostile act" is a catch-all accusation that has been levelled at numerous detained foreigners in the past -- covering a range of possible charges from espionage to illicit missionary work.

The fact that Warmbier is accused of acting under US direction, would suggest he faces a spying charge.

The latest arrest comes months after the North released another male student -- a South Korean studying at New York University.

Arrested in April for illegal entry, Joo Won-Moon, who had permanent US residency, was freed in October through the border truce village of Panmunjom on the inter-Korean frontier.

Unlike some other foreign citizens detained in the North, Joo was never put on trial.

The United States has no diplomatic or consular relations with the North, and the Swedish Embassy in Pyongyang provides limited consular services to US citizens detained there.

Several Americans have been held in North Korea in recent years, including the South Korean-born missionary Kenneth Bae, who was similarly charged with hostile acts and sentenced in 2013 to 15 years in prison.

Bae was released in November, 2014, along with fellow American Matthew Miller, after a secret mission to Pyongyang led by US intelligence chief James Clapper.

Tensions are currently running high on the Korean peninsula, as North Korea braces for fresh sanctions in the wake of the fourth nuclear test it carried out January 6.

The United States, along with allies Japan and South Korea, has led calls for a tough UN Security Council resolution that would impose economic penalties that go well beyond existing sanctions.

In a show of strength earlier this month, a nuclear-capable US B-52 bomber -- flanked by South Korean F-15 fighter jets and US F-16 planes -- flew a mission just south of the inter-Korea border.