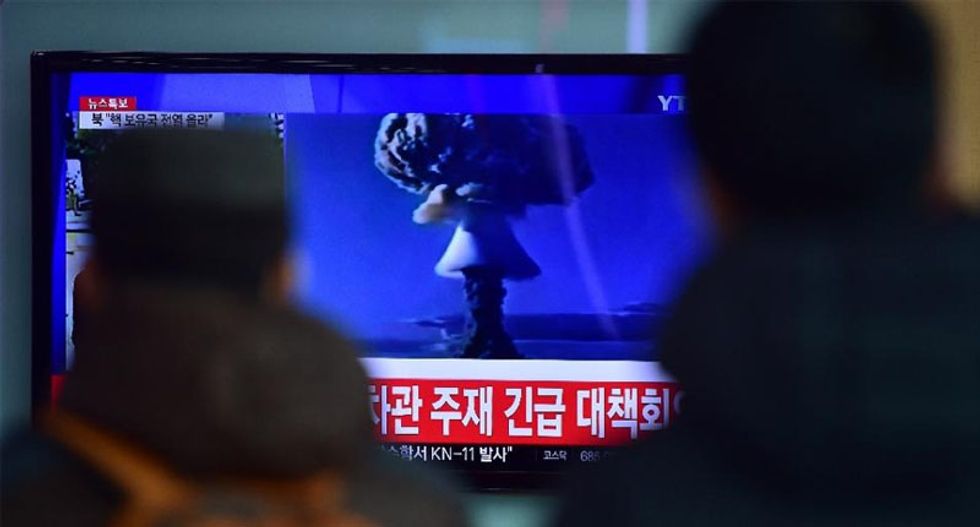 North Korea said Tuesday its nuclear test was not intended to be a provocation or threat, as it laid out plans for a weapons system capable of obliterating the entire United States.

A lengthy commentary by the official KCNA news agency underlined the North's claim that last Wednesday's test was of a powerful miniaturised hydrogen bomb which marked a "new high stage" in the country's search for a credible nuclear deterrent.

Experts have largely dismissed the claim, saying the test yield was far too low for a full-fledged thermonuclear device and was similar to the simple fission implosion devices it has tested three times in the past.

The KCNA commentary said the test was an indispensable stage on the "normal course" which other countries have taken to the development of a two-stage fission-fusion H-bomb.

"The test was neither to 'threaten' anyone, nor to 'provoke' someone for a certain purpose," KCNA said, insisting that the main focus was on providing a "sure guarantee" of the North's immunity from attack by hostile forces.

Prime among those forces was the United States it said, offering an apocalyptic vision of how it would respond to US aggression.

North Korean scientists and technicians "are in high spirit to detonate H-bombs of hundreds of kilotons and megatons, capable of wiping out the whole territory of the US all at once," it said.

Outside experts say the yield from Wednesday's test was around six kilotons, while an H-bomb would have been at least 100 times more powerful.