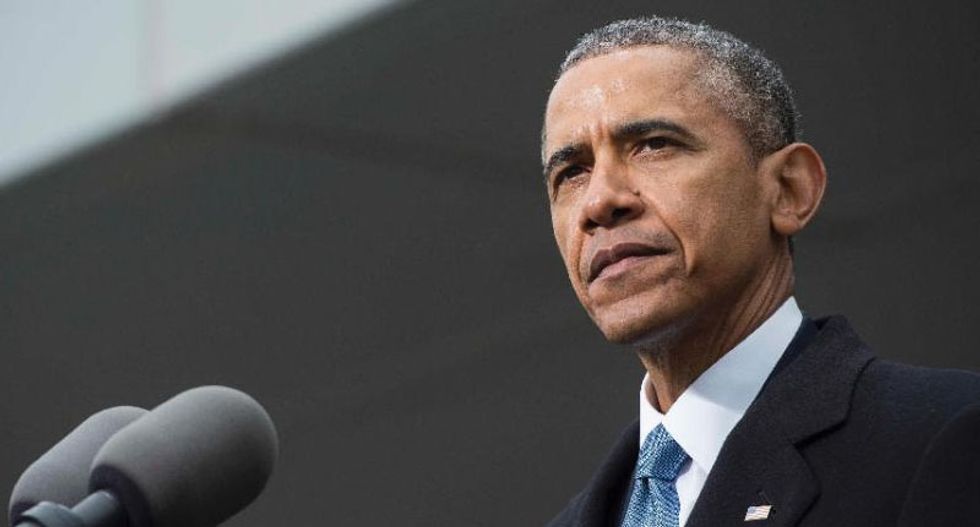 US President Barack Obama in Boston, Massachusetts, on March 30, 2015. (Photo by Jim Watson for Agence France-Presse.)

President Barack Obama said he would end the practice of solitary confinement for juvenile offenders inside federal prisons in a Washington Post op-ed.

"In America, we believe in redemption. We believe, in the words of Pope Francis, that 'every human person is endowed with an inalienable dignity, and society can only benefit from the rehabilitation of those convicted of crimes,'" Obama wrote. "We believe that when people make mistakes, they deserve the opportunity to remake their lives."

The president cited a series of recommendations from the Justice Department as the basis for his move.

"Life in restrictive housing has been well-documented by inmates, advocates, and correctional officials. In some systems, the conditions can be severe; the social isolation, extreme," the department's report stated. "At its worst, and when applied without regard to basic standards of decency, restrictive housing can cause serious, long-lasting harm. It is the responsibility of all governments to ensure that this practice is used only as necessary—and never as a default solution."

Obama also enacted a ban on the use of solitary confinement on federal prisoners in jail for "low-level infractions," and for wider treatment for mentally-ill prisoners.

As the Post reported, several states have announced plans to overhaul the use of solitary confinement in their own jails in response to various lawsuits and settlements.

The president noted the state-level reforms, and also opened his op-ed by recounting the case of Kalief Browder, who spent two years in solitary confinement in Rykers Island Prison while awaiting trial. Less than a year after being released, Browder killed himself in 2013 at the age of 22.

"The United States is a nation of second chances, but the experience of solitary confinement too often undercuts that second chance," Obama wrote. "Those who do make it out often have trouble holding down jobs, reuniting with family and becoming productive members of society. Imagine having served your time and then being unable to hand change over to a customer or look your wife in the eye or hug your children."