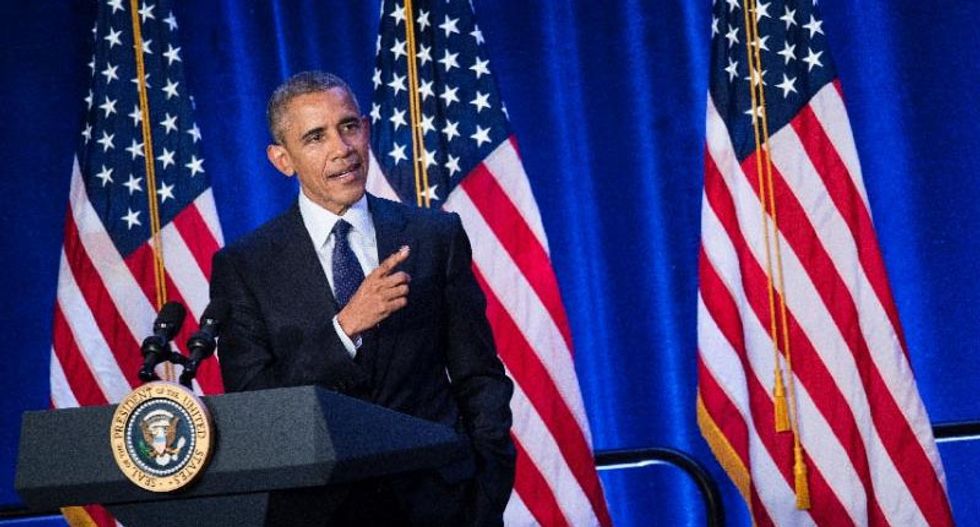 President Barack Obama said the United States would tackle the Islamic State group beyond Iraq and Syria if necessary, as he signaled an increased focus on Libya.

Amid fears that a power vacuum in the north African nation has provided fertile ground for Islamic State to grow, Obama convened his National Security Council to discuss the issue.

"The President emphasized that the United States will continue to counter ISIL terrorist plotters in any country where it is necessary," the White House said following the meeting.

"The President directed his national security team to continue efforts to strengthen governance and support ongoing counterterrorism efforts in Libya and other countries where ISIL has sought to establish a presence."

Libya has been in political turmoil and rocked by violence since the ouster of longtime dictator Moamer Kadhafi in a 2011 revolution.

It now has two governments and parliaments, with the recognized authorities based in the eastern city of Tobruk and a militia-backed authority in Tripoli.

World powers have urged Libya's warring factions to endorse the unity government formed last week under a UN-brokered deal aimed at ending the political paralysis that has fueled the rise of IS jihadists.