Occupy this: Anti-Bundy couple vows to camp outside Oregon refuge and torment militants until they leave 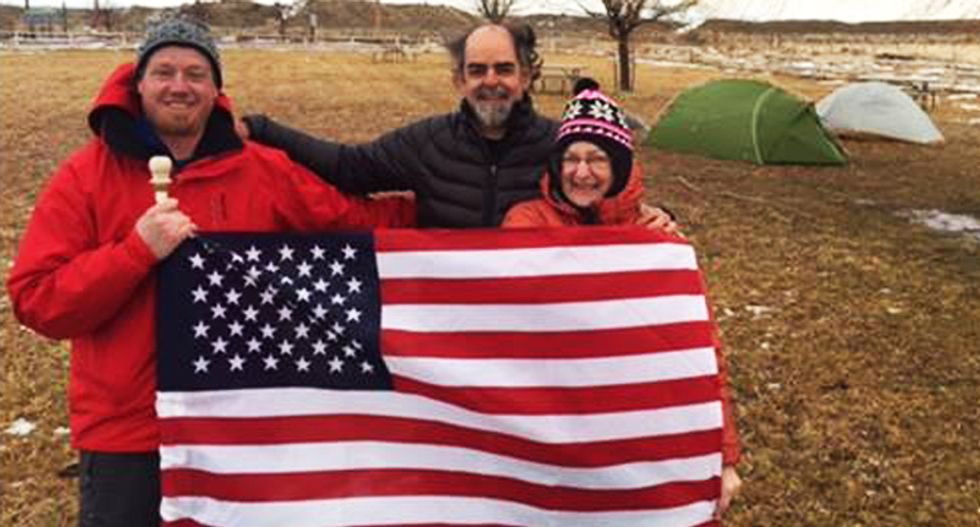 Refusing offers to sleep inside because they want to remain ever-present in the face of the armed occupiers, a couple are sleeping in tents protecting them from the bitter cold temperatures outside of the occupied Malheur National Wildlife Refuge.

According to Kieran Suckling, Executive Director, Center for Biological Diversity, the couple say they attend every event put on by the armed occupiers and that they will stay as long as the militants do.

Writing on the Center for Biological Diversity Facebook page, Suckling explained: "Each night, these two camp in the rain and snow. Each morning, they wake up, warm up, and go down the road to protest the Bundy militia's daily press conference. They won't leave until the militants do, they say."

According to the Center for Biological Diversity, the woman identified herself as Candy Henderson and her companion said his name is Jay.

"They are here, they say, because our laws and public land deserve the dignity and protection of people standing up peacefully yet forcefully against those who would steal them at gunpoint," he wrote, before adding that they have refused offers of shelter from the cold.

"I love these people. We offered them a warm room at our hotel, but they declined, saying that the land needed people who love it to be present at all times."

According to Suckling, he and others were headed out to the refuge to celebrate Martin Luther King day, writing, "Dr. King understood nature deeply, teaching us 'It really boils down to this: that all life is interrelated. We are all caught in an inescapable network of mutuality, tied into a single garment of destiny. Whatever affects one destiny, affects all indirectly.'"

"But we'll also peacefully confront the Bundy militia at the buildings and land they have taken from us all by armed force," he added.  We believe that is what Martin Luther King, Jr. would do. We must bear witness to this great injustice and show the militia thugs that America won't be scared away from its public lands by guns and threats."