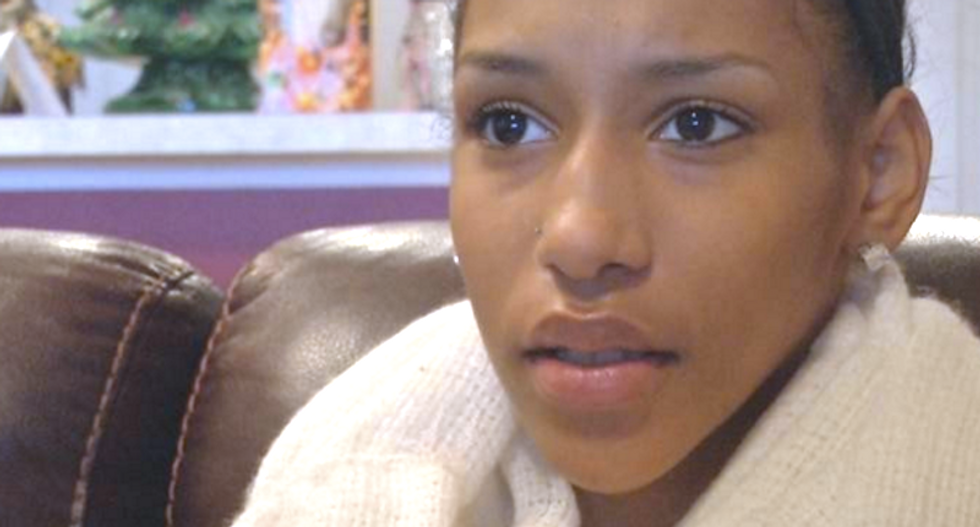 An Ohio family said they have endured two years of racist abuse after moving to a new school district in search of a better education.

White students at Pickerington High School North have posted racist images -- including one student dressed in a Ku Klux Klan uniform -- on social media to taunt the girls, reported WSYX-TV.

One of the girls quit the cheerleading squad after another girl called her a "n*****" but later apologized.

"Some of the students think it's okay and think it's funny to say the N-word, say jokes about it," said student Roni Cook.

The girls' mother said she has reported the harassment since moving to the school district, but she said the principal and assistant principal never took enough action to stop the abuse.

Two students -- both the boy who wore KKK robes in a Snapchat image and another student who took the photo -- are being disciplined by school officials for harassing the Cook girls.

Administrators said the photo was taken in a prop room on school grounds.

Another girl, however, escaped disciplinary action for posting an image of herself in blackface on social media, captioned with a racial slur.

School officials said that photo was not taken on school grounds.

The girl is attending counseling along with her parents, administrators said.

The TV station posted another image of a shirtless boy with "former slave owner" painted on his back apparently watching an on-campus sporting event, although it's not clear if he was disciplined.

Administrators insisted they had taken "swift and firm action" by punishing the students, but Cook-Snow said it's been a long time coming.

"I have my children coming home from school everyday crying, saying, 'Mommy, I don't want to go to school -- mommy, you got me in this jail," she said.

The school has hired an outside firm to conduct cultural sensitivity training with students.

"Those actions did not reflect the cultural sensitivity that represents the values of the school or district," said Principal Mark Ulbrich and Superintendent Valerie Browning-Thompson in a letter sent to parents.

Pickerington is 80.1 percent white, according to the 2010 U.S. Census, compared to Ohio's statewide rate of 82.7 percent, and 13 percent black, compared with the statewide 12.2 percent rate.