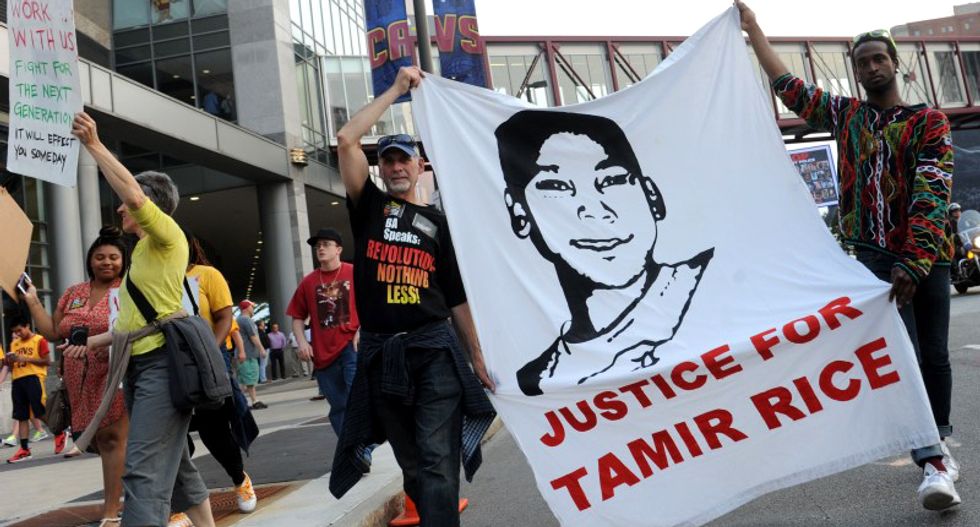 The Ohio judge who oversees county grand juries, including the one that ruled not to indict two Cleveland police officers for the death of 12-year-old Tamir Rice, said on Thursday he has formed a committee to review the process to see if it can be made more efficient.

Cuyahoga County Common Pleas Court Judge John J. Russo said in a statement that his office has appointed two judges to lead a grand jury review committee that will evaluate local rules and help guide grand juries in the future.

Russo's announcement followed reports that the Rice grand jury never voted on specific charges against the officers involved in the November 2014 shooting because they had found that the use of force was justified. Cuyahoga County prosecutor Timothy McGinty had recommended against charges.

Rice, who was black, was shot while playing with a replica gun at a Cleveland park, seconds after two white police officers arrived in response to a 911 call. Rice's death was one of several nationwide that have fueled scrutiny of police use of force, particularly against minorities.

Judge Russo denied that the Rice decision was a factor in the committee's formation, but said it was something he had been considering since 2014.

"It should not be interpreted as anything more than making sure the system works as smoothly and efficiently as possible," Russo said.

Police have started an administrative review to determine whether the two officers or others should be disciplined over the shooting. Rice had a replica of a .45-caliber handgun that fires plastic pellets.