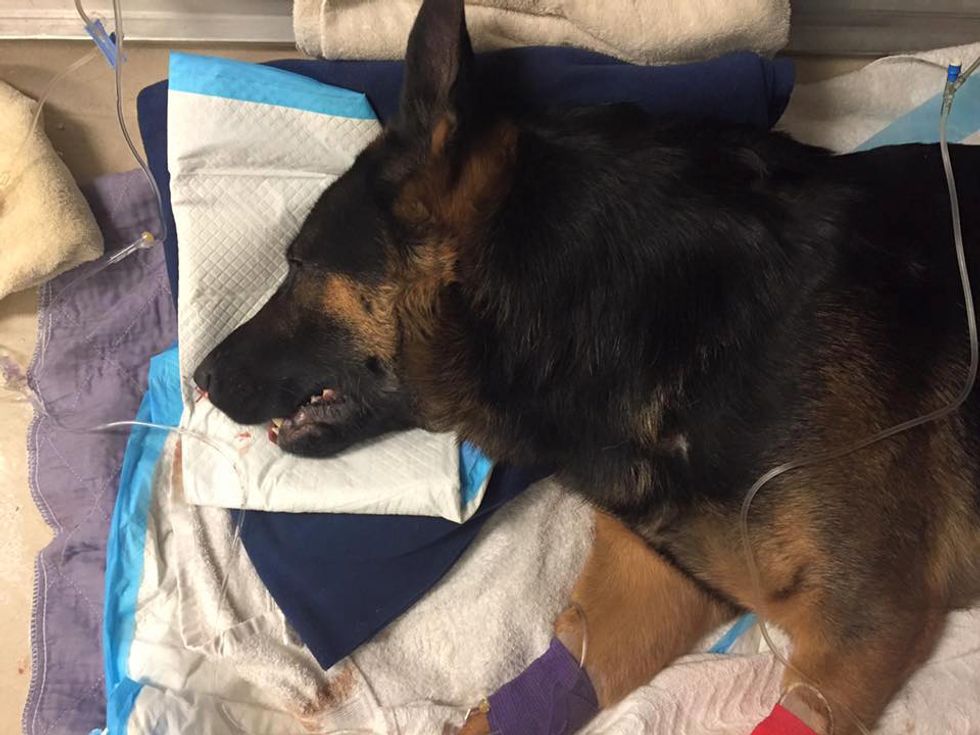 Jethro, a police dog who was shot three times in the face, shoulder and neck during a burglary investigation in north-eastern Ohio, has died.

The shooting happened early on Saturday morning, as Canton police investigated an alarm at a grocery store. Police first said Jethro, a three-year-old German shepherd, was expected to recover from his wounds.

The Police K-9 Association kept the public informed of Jethro’s condition with posts to its Facebook page as officers attended the veterinary clinic where he lay. As the story developed, a blogger started a gofundme.com page to pay for his care and purchase new bullet proof vests for police dogs.

On Saturday night, one post read: “We are still here keeping the faith. According to the vet he is making progress, however slowly. Still battling the brain swelling which comes from nasty head trauma.

“Luckily the round he took to the bridge of his muzzle didn’t penetrate but is the equivalent of getting hit in the forehead with a hammer.”

The next post, made late at night, said: “He’s just trying to beat this thing the way he’s used to, by fighting.”

On Sunday morning, a post said “Jethro … hopefully today will keep progressing” and added: “I am sure he felt the prayers.”

Later, though, a post read: “It is with heavy hearts that we must tell you all that we lost Jethro. He took a sudden turn for the worse and has passed.”

The association then posted a picture of Jethro’s coffin , with the message: “RIP Jethro. We will post funeral service details later tonight or tomorrow.”

Police said officers confronted a burglary suspect at the store, who opened fire before being shot himself. The suspect ran off but was found nearby with a gunshot wound in the leg. He was then treated at a local hospital.

“There’s not a doubt in my mind that that dog saved officers’ lives today,” Canton police chief Bruce Lawver told the Canton Repository .