Police hunt for three in California after brazen jailbreak 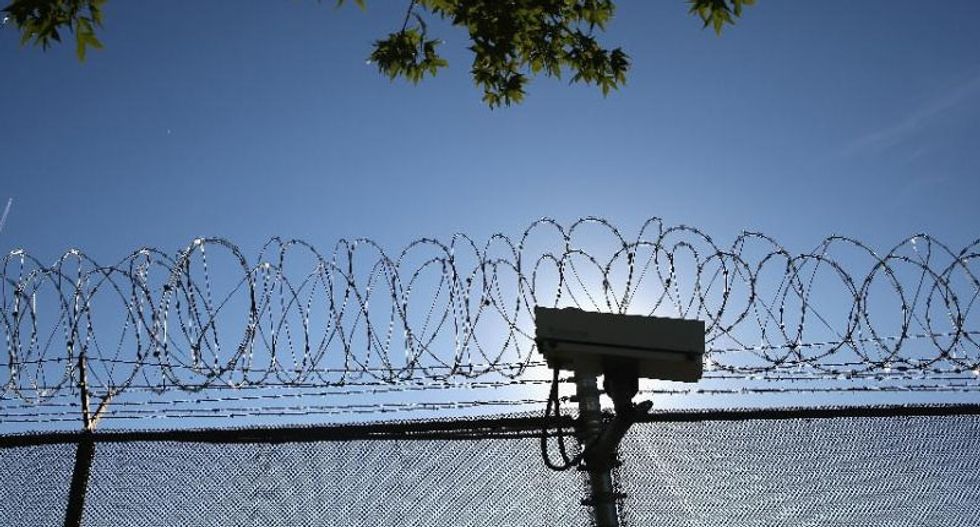 US authorities are hunting for three California prisoners, including a man charged with murder, who staged a brazen jailbreak that reportedly involved rappelling from the roof of a maximum-security facility using bed sheets (AFP Photo/John Moore)

US authorities hunted Sunday for three California prisoners, including a man charged with murder, who staged a brazen jailbreak that reportedly involved rappelling from the roof of a maximum-security facility using bed sheets.

"I am confident that this collaborative effort will result in returning these inmates to where they belong -- behind bars," Hutchens added in a statement.

The FBI and US Marshals Service have offered a reward of up to $50,000 for information leading to the arrest of the fugitive trio.

The Los Angeles Times, quoting Hutchens, reported that the inmates got away by managing to get past security points in at least three areas. They apparently accessed the jail's plumbing system, used tools to cut through metal bars and made a makeshift rope using bed sheets to rappel from the facility's roof.

Tieu, 20, is charged with murder, Duong, 43, with attempted murder and Nayeri, 37, with kidnapping and torture, authorities said.

The jail currently houses more than 900 men, the Orange County Sheriff's Department tweeted, specifying on its website that these include both sentenced and pre-trial maximum-security inmates.

The LA Times said the prison is situated downtown in a busy area that encompasses government offices and a stadium.

"As Sheriff, my utmost concern and primary responsibility is the safety of each Orange County resident," Hutchens said. "I take this situation very seriously."