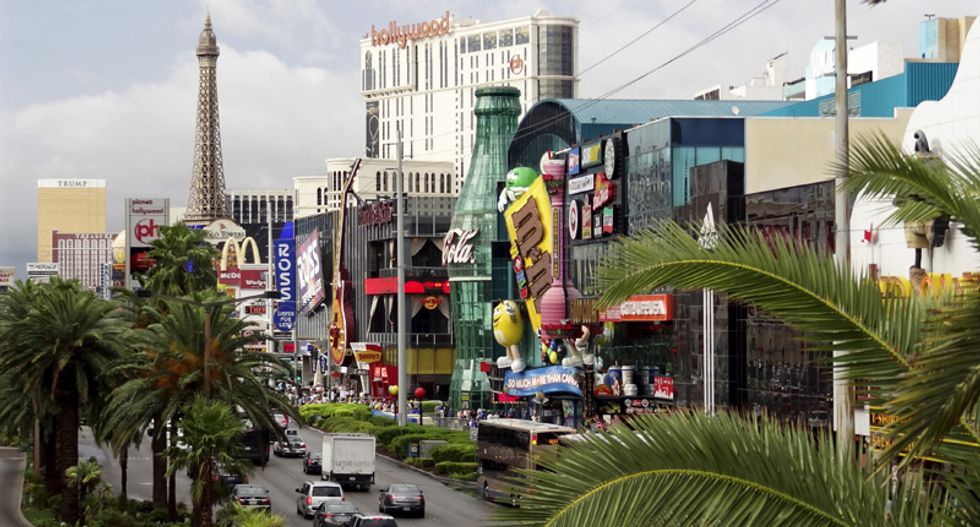 View of the Strip boulevard in Las Vegas, Nevada in this August 22, 2012 file photo. REUTERS/Charles Platiau/Files

A juvenile bystander sustained minor injuries when a police officer fired on a man seen brandishing a gun on the Las Vegas strip in an incident that forced the closure of the busy tourist corridor for several hours, authorities said on Saturday.

An officer responded to emergency calls about a man pointing a gun at passersby on Las Vegas Boulevard near the Bellagio casino, and the individual did not comply with a number of verbal commands to surrender, Las Vegas Metropolitan Police Captain Matt McCarthy said in a video news release.

The officer fired his weapon, missing the suspect but grazing a nearby juvenile and the clothing of an adult, he said. The minor was treated and released. The adult was unharmed, he said.

The Las Vegas Strip, typically packed with cars and pedestrians on Friday nights, was closed for several hours as authorities investigated.

The gunman was facing several felony charges in the incident, McCarthy said. He did not give any other details.