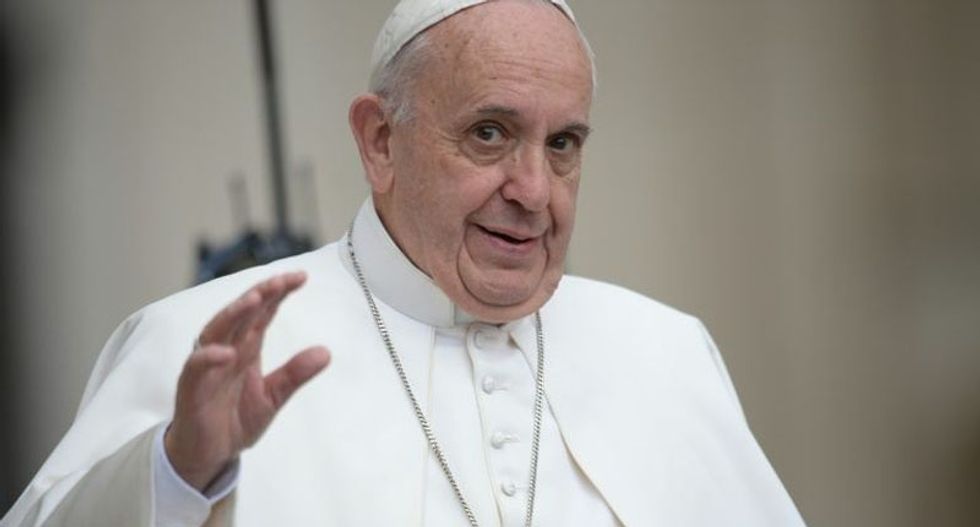 Pope Francis spoke out Friday over the increasingly aggressive nature of much political discourse and the use of social media as a forum for personal abuse.

In a message published on the same day that the Twitter-friendly pontiff met Apple boss Tim Cook, Francis said digital technology and the Internet could help bring people together but also had the potential to create deep wounds.

"Our words and actions should be such as to help us all escape the vicious circles of condemnation and vengeance which continue to ensnare individuals and nations, encouraging expressions of hatred," he said.

The pope urged politicians and others in positions of power "to remain especially attentive to the way they speak of those who think or act differently or those who may have made mistakes."

And he emphasised the importance of everyone applying the same principle to encounters in cyberspace by showing respect for "the neighbour whom we do not see."

"It is not technology which determines whether or not communication is authentic, but rather the human heart and our capacity to use wisely the means at our disposal," Francis said.

"Social networks can facilitate relationships and promote the good of society, but they can also lead to further polarization and division between individuals and groups.

"The digital world is a public square, a meeting-place where we can either encourage or demean one another, engage in a meaningful discussion or unfair attacks."

The Vatican did not release any details of the pope's meeting with Cook, who was in Italy to inaugurate a new Apple applications research centre in Naples. Francis met last week with Google supremo Eric Schmidt.