Residents of Compton, California weigh in on Oscars snub and racial discrimination 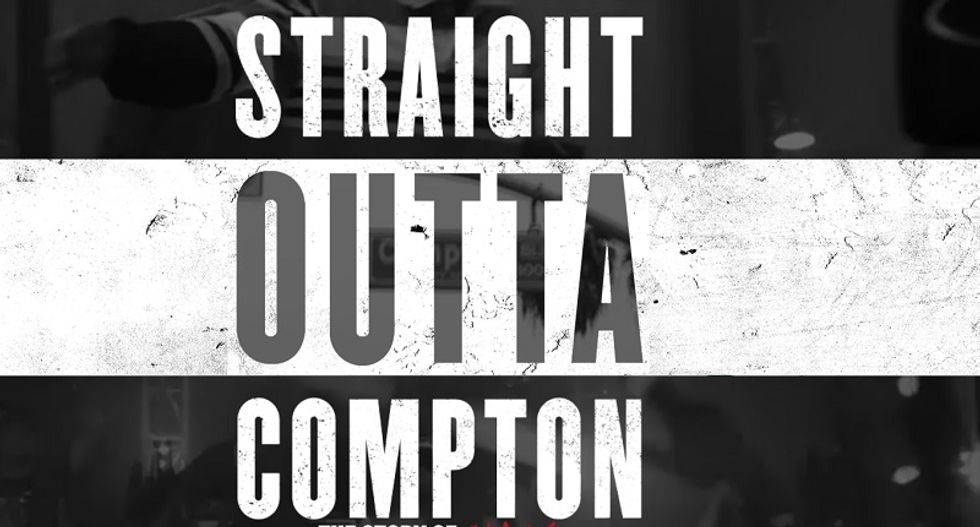 Charlotte Rampling, controversially, has intervened. Spike Lee has voiced his frustrations, again. And Jada Pinkett Smith, the wife of Will Smith, has announced a personal boycott.

But while allegations of institutional racism at the Oscars have been big news in Hollywood and around the world, the district of Compton has taken the dearth of black nominees at next month’s Academy Awards personally.

South of downtown Los Angeles, Compton was the home of 1980s gangsta rap and a recent NWA biopic, Straight Outta Compton , is one of the films with a black cast that has been ignored by Academy voters.

“Sure we’ve been mistreated,” said 62-year-old Danny Morrison, lining up for food aid from a local church group. “Compton put out a good movie and we weren’t even nominated. And we’re still crime- and drug-infested, and there’s still prostitution down Long Beach Avenue.”

Academy Awards president Cheryl Boone Isaacs noted that there were “four or five wonderful movies” featuring black actors that could have been nominated, mentioning Chi-Raq , Concussion , Creed , Beasts of No Nation and Straight Outta Compton .

Before the announcement, Boone Isaacs said she was “heartbroken” at the lack of diversity among this year’s acting nominees. Among the reforms is a plan to dramatically alter the voting body’s racial composition. “The Academy is going to lead and not wait for the industry,” she vowed.

“One good step in a long, complicated journey for people of color + women artist... Shame is a helluva motivator,” tweeted Ava DuVernay , director of last year’s civil rights drama Selma , a film that some felt was unfairly passed over by the academy.

British actor David Oyelowo , who spoke out last year after his portrayal of Martin Luther King Jr was ignored by the Academy, added his voice to African-American film industry personalities, including actress Jada Pinkett Smith and director Spike Lee , accusing the body of failing to reflect the racial diversity in the film business or its audience. Charlotte Rampling , herself a nominee, prompted front-page headlines on Saturday by saying that “perhaps black actors did not deserve to make the final list”. She subsequently expressed regret that “her comments could have been misinterpreted”.

Pinkett Smith, who decided to boycott the ceremony on 28 February, has called for black actors to join her protest, a position echoed by Oyelowo.

But some filmgoers wondered if the Oscar protest was simply to keep the campaign for racial justice in the spotlight or if genuine issues of racial injustice were being diverted to the publicity interests of movie stars, the film industry and the awards ceremony that has faced years of criticism for being too low-energy, predictable and self-involved.

“They got the money. What do they want awards for?” said Reggie ‘Snoop’ Parker on Compton Boulevard, an area that is now lightly gentrified and is the focus of renewal efforts by the singer Kendrick Lamar – “Compton, Compton, ain’t no city quite like mine,” he trills on the Dr Dre hit Compton.

“It’s a non-issue,” agreed Lasheem France, 23, taking a date to a showing of Ride Along 2 with Ice Cube and Kevin Hart. “Don’t take it to heart. People shouldn’t be commenting about this on Entertainment News. They shouldn’t be turning this into a racism thing. It’s just negativity.”

At the same time, France said, he disapproved of comments made by the black Fox News reporter and Clueless star Stacey Dash, who said events that celebrate black history and black awards ceremonies should be abolished in the name of integration. “She’s going against her own kind,” France said.

Others suggest Hollywood should introduce policies similar to those that promote minority candidates for senior staff jobs in American football. But the multiple layers of conflict that have now been exposed may only serve to spotlight how the movie industry is failing to create films with racially diverse casts worthy of nomination.

Pras Michel, a founding member of the Fugees, told the Observer he believed film executives have to be more willing to tell minority stories.

“We’re not just about music and sports. We have a great, diverse history and culture and Academy members don’t reflect what’s going on in America. We have a say in this because we didn’t ask to come here. That’s why we have these issues. That’s why it matters.”

The Academy Awards will be hosted by black comedian Chris Rock. Actor Whoopi Goldberg said boycotting the show was not an option. “To boycott him seems just as bad,” she said.

Organisers are reportedly still looking to recruit big-name black presenters. Music producer Quincy Jones said he had been approached, along with Pharrell Williams and rapper Common. Jones said that he would do it, but only if he were given five minutes to talk about diversity.

The furore has come as the academy has begun a drive towards a more diverse make-up. But given that its members – who vote on the Oscar winners – belong to it for life, demographic changes are difficult to implement quickly. Academy reforms of the past, Boone Isaacs said, had focused on introducing younger members. The mandate of new reforms would include gender, race, ethnicity and sexual orientation.

On Hollywood Boulevard, a lively discussion was under way on the relative merits of awards season.

“If I was rich, I’d ignore that shit,” said Le’Davian Carter. “I mean, fuck that shit. Awards don’t mean nothing. Win an award and you sell your soul.”

Marcus Bullock chimed in: “Not every award is meant to be won...”