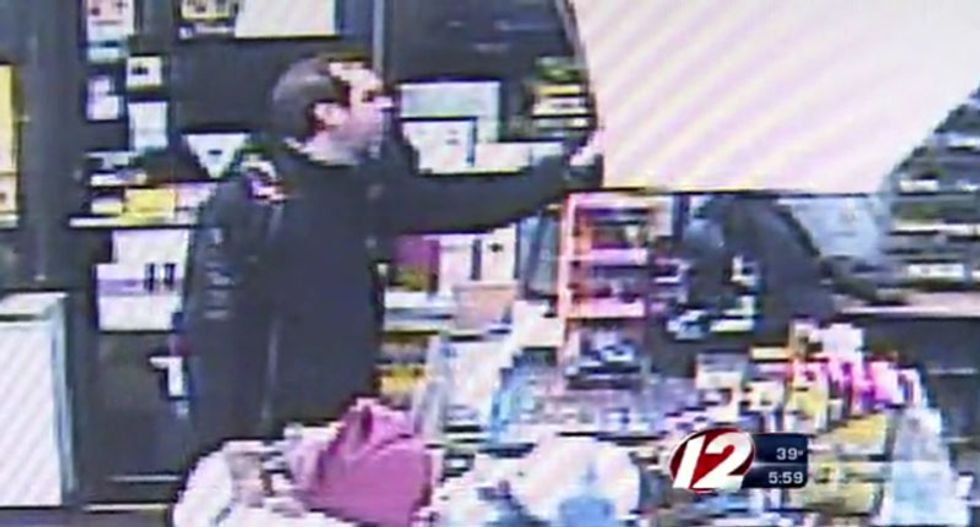 A man captured on camera threatening to a kill a Muslim store clerk in Rhode Island could face hate crime charges, according to local news outlet WPRI.

Thomas Giese, 37, has already been arrested by South Kingstown Police and charged with disorderly conduct for the anti-Muslim tirade targeting a convenience store clerk on Christmas Eve. But South Kingstown Police Captain Joel Ewing-Chow said he is also examining whether hate crime charges should be added to the case.

"The [hate crime] statute is used as a penalty enhancement for the original charges," he explained.

An arrest report obtained by WPRI says that Giese told police he had consumed “approximately 10 drinks” before walking into Ravi Food Mart, where he encountered the Muslim store clerk. Giese told police he was thinking of the 9/11 terrorist attacks at the World Trade Center.

“This upset him,” the report states. “Because he allegedly had friends who worked there.”

A video of the encounter shows Giese hurling drunken insults and threats at the Muslim man.

“If you call the cops,” he added. “What I’m going to do to you, is stretch your tongue out on you, f*ckin Muslim. You pieces of sh*t are going to die on my hand.”

Giese now claims that he started berating the Muslim clerk because the clerk was "bad mouthing Christmas." But WPRI reviewed the surveillance video, and found that the clerk didn't say anything about Christmas.

Ibrahim Hooper, the spokesman for the Council on American-Islamic Relations, said that charging Giese with a hate crime would "send a very strong message to that tiny minority of bigots out there who are thinking about these kinds of things, that they shouldn't do it, that they're not going to get away with it.”

Watch video, via WPRI, below: