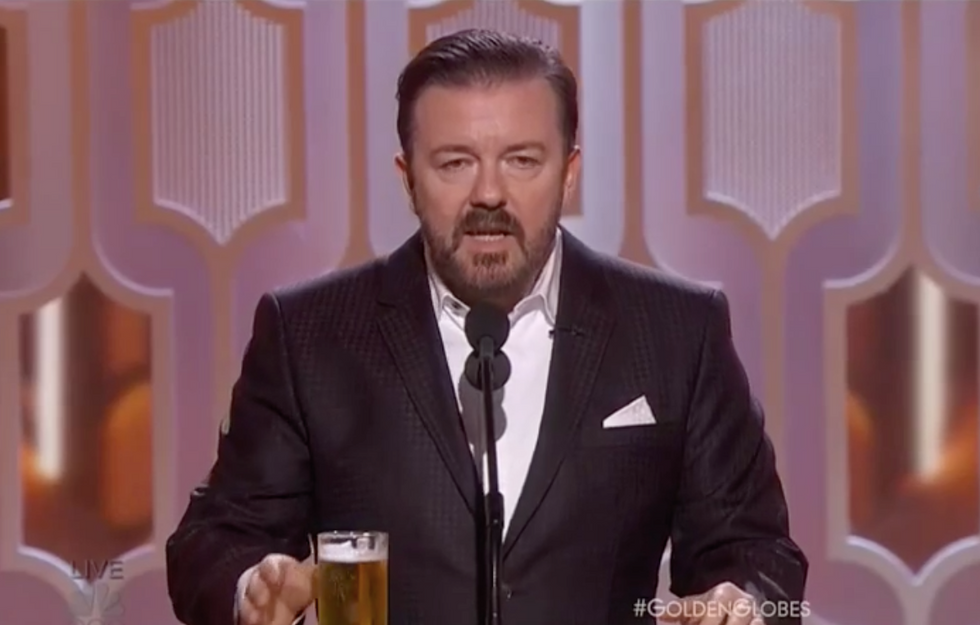 "Shut up, you disgusting, pill-popping sexual deviant scum," said Ricky Gervais at the beginning of his monologue for the 2016 Golden Globes ceremony. "I'm going to do this monologue and then go into hiding. Not even Sean Penn will find me."

He said NBC was a wise choice to host the broadcast since the network scored no nominations for Golden Globe awards this year. Still, he insisted, in light of recent years' controversies, he wanted to keep his monologue less pointed in 2016.

“I’ve changed,” he said. “Not as much as Bruce Jenner, obviously. Now Caitlyn Jenner, of course. She’s become a role model for trans people everywhere. Showing great bravery in breaking down stereotypes. She didn’t do a lot for women drivers. But you can’t have everything. Not at the same time.”

Watch the full monologue, embedded below: