Rise of the robots: Could 'thinking machines' destroy jobs and increase income inequality? 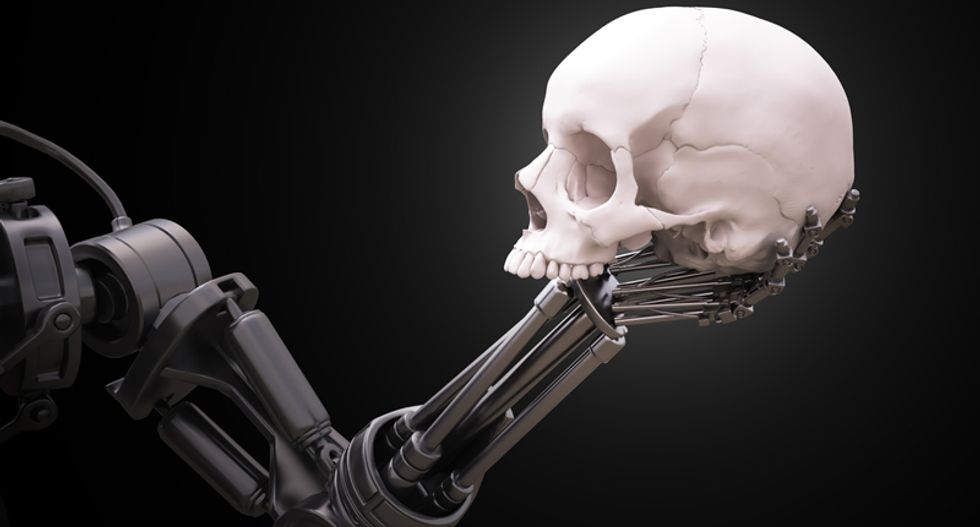 A “robot revolution” will transform the global economy over the next 20 years, cutting the costs of doing business but exacerbating social inequality, as machines take over everything from caring for the elderly to flipping burgers, according to a new study.

Related: Robot doctors and lawyers? It’s a change we should embrace | Daniel Susskind

As well as robots performing manual jobs, such as hoovering the living room or assembling machine parts, the development of artificial intelligence means computers are increasingly able to “think”, performing analytical tasks once seen as requiring human judgment.

In a 300-page report, revealed exclusively to the Guardian, analysts from investment bank Bank of America Merrill Lynch draw on the latest research to outline the impact of what they regard as a fourth industrial revolution, after steam, mass production and electronics.

“We are facing a paradigm shift which will change the way we live and work,” the authors say. “The pace of disruptive technological innovation has gone from linear to parabolic in recent years. Penetration of robots and artificial intelligence has hit every industry sector, and has become an integral part of our daily lives.”

However, this revolution could leave up to 35% of all workers in the UK, and 47% of those in the US, at risk of being displaced by technology over the next 20 years, according to Oxford University research cited in the report, with job losses likely to be concentrated at the bottom of the income scale.

“The trend is worrisome in markets like the US because many of the jobs created in recent years are low-paying, manual or services jobs which are generally considered ‘high risk’ for replacement,” the bank says.

“One major risk off the back of the take-up of robots and artificial intelligence is the potential for increasing labour polarisation, particularly for low-paying jobs such as service occupations, and a hollowing-out of middle income manual labour jobs.”

The authors calculate that the total global market for robots and artificial intelligence is expected to reach $152.7bn (£99bn) by 2020, and estimate that the adoption of these technologies could improve productivity by 30% in some industries.

They point out that Google bought eight robotics companies in a two-month period in 2014, from Boston Dynamics, which makes the BigDog robot, to DeepMind, specialising in deep learning for artificial intelligence.

In the most advanced manufacturing sectors – among Japan’s carmakers, for example – robots are already able to work unsupervised round the clock for up to 30 days without interruption. While offshoring manufacturing jobs to low-cost economies can save up to 65% on labour costs, replacing human workers with robots saves up to 90%.

At present, there are on average 66 robots per 10,000 workers worldwide, the report finds; but in the highly automated Japanese car sector there are 1,520.

But it is not just low-skilled jobs, such as assembly-line work, that could be replaced: a report from the McKinsey Global Institute in 2013 found that up to $9tn in global wage costs could be saved as computers take over knowledge-intensive tasks such as analysing consumers’ credit ratings and providing financial advice.

Enthusiasts for the rise of robots argue that they can overcome the foibles and fallibilities of human workers. The report cites research that showed judges tend to be more draconian in the runup to lunchtime and more lenient once they have eaten, for example.

It urges consumers to invest in businesses that are already taking advantage of the benefits of the new technologies: “Early adoption will be a key comparative advantage, while those that lag in investment will see their competitiveness slip.”

Related: The robot revolution and other great transformations in the nature of work | Letters

However, the bank also points out that major ethical and social issues will increasingly arise: they cite the moral questions about the growing use of unmanned drones in warfare ; and even the emergence of a pressure group called the Campaign Against Sex Robots .

Fears about humans being displaced by machines are not new: in the early 19th century bands of angry Luddites smashed up the steam-powered looms that were throwing hand-weavers out of work.

Beijia Ma, the report’s lead author, said that over the past 200 years and more, societies have eventually found ways of turning technological developments to their advantage .

She said the best advice for people fearing the rise of the robots is to polish up their skills. “It’s not meant to be a doom and gloom report: one of the ways we think people could help themselves here is through education.”

However, Ma added that a recent survey of industry experts, by the US polling firm Pew, revealed a stark divide between techno-optimists and pessimists.

Almost half of them, 48%, believed the rise of robots and artificial intelligence would have “a massive detrimental impact on society, where digital agents displace both blue- and white-collar workers, leading to income inequality and breakdowns in social order”.

Meanwhile, 52% “anticipated that human ingenuity would overcome and create new jobs and industries ”.

Andrew Simms, of thinktank the New Weather Institute , said the rise of new technologies could be an opportunity to realise the aspirations of the economist John Maynard Keynes, who predicted in 1930 that within a century, technology would have enabled the working week to be reduced to 15 hours with the rest of the time devoted to leisure.

However, without rethinking the relationship between work and society, the result could be a growing disparity between economic winners and losers.

“We are in danger, for the first time in history, of creating a large number of people who are not needed,” he said. “The question should be, what sort of economy do you want, and to meet what human needs?”

A wide range of jobs could eventually be taken over by machines, Bank of America Merrill Lynch’s analysts predict.

Related: Robots can take over some of our jobs. But some things only humans can do | Brooks Rainwater

Burger flippers A San Francisco-based start-up called Momentum Machines has designed a robot that would replicate the hot, repetitive tasks of the fast-food worker: shaping burgers from ground meat, grilling them to order, toasting buns, and adding tomatoes, onions and pickles.

Manufacturing workers Relatively low-skilled industrial workers in rich countries have become used to competing against cut-price employees in cheaper economies. But while “offshoring” can cut labour costs by 65%, replacing workers with machines can cut them by up to 90%. The process is well advanced in countries such as Japan and South Korea; as other countries catch up, many more jobs will be taken over by technology.

Financial advisers Bespoke financial advice seems like the epitome of a “personal” service; but it could soon be replaced by increasingly sophisticated algorithms that can tailor their responses to an individual’s circumstances.

Doctors Some 570,000 “robo-surgery” operations were performed last year. Oncologists at the Memorial Sloan-Kettering Cancer Center in New York have used IBM’s Watson supercomputer, which can read 1m textbooks in three seconds, to help them with diagnosis. Other medical applications of computer technology involve everything from microscopic cameras to “robotic controlled catheters”.

Care workers Merrill Lynch predicts that the global personal robot market, including so-called “care-bots”, could increase to $17bn over the next five years, “driven by rapidly ageing populations, a looming shortfall of care workers, and the need to enhance performance and assist rehabilitation of the elderly and disabled”.

Heather Stewart for  the guardian.co.uk © Guardian News and Media 2016