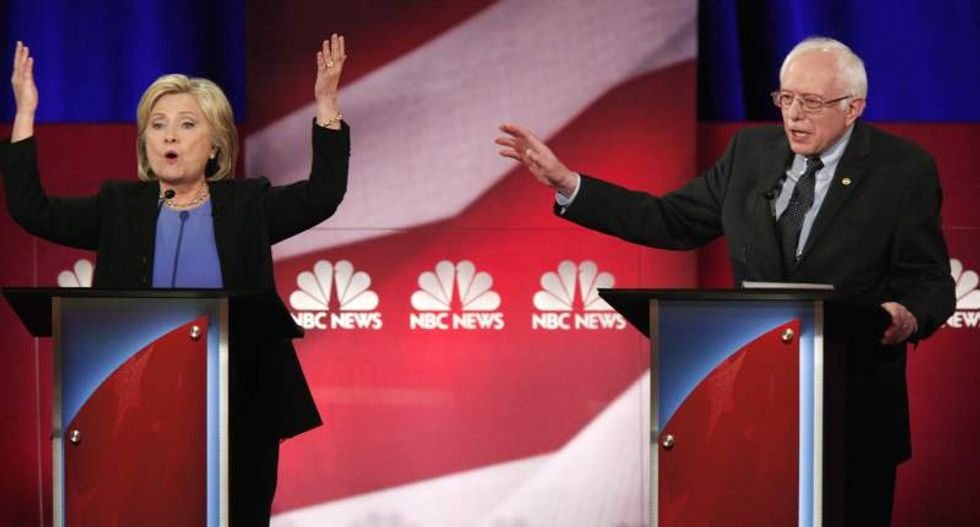 According to a new CNN/WMUR survey, his lead over the former secretary of state in the Granite State has ballooned by 17 points since the last poll

Three weeks before the New Hampshire presidential primary, senator Bernie Sanders of Vermont has broken into a lead in the Granite State that some politicos are calling, well, Clinton-esque. According to a new CNN/WMUR poll of likely Democratic voters, Sanders has risen to a 27 percentage point lead over former secretary of state Hillary Clinton.

According to the poll, Sanders’s lead over Clinton in New Hampshire has ballooned by 17 points, 60% to 33%, since the same poll found the Vermont senator holding steady at 50% to Clinton’s 40% in early December. The latest poll was conducted largely before Sunday night’s Democratic presidential primary debate in Charleston, South Carolina -- a debate wherein Clinton went after Sanders aggressively.

The poll also finds that New Hampshire Democrats are becoming tougher to convince to switch sides: 52% of those polled say that they have “definitely” decided who they will support in the state’s primary on 20 February, up from 36% in the prior poll. Among decided voters, Sanders’s lead broadens to nearly 30% – 64% over Clinton’s 35%. The lead is enormous by New Hampshire standards, where most polling has shown a relatively tight race between Sanders and Clinton.

Beyond the bottom line, the poll indicates that the former secretary of state has numerous gaps with voters, particularly in perception of honesty. Fifty-five percent of likely Democratic voters in the state told pollsters that Clinton was the “least honest” of the Democratic presidential candidates, an increase of 22% since the same question was posed in September. Sanders, by contrast, was described as such by a mere 2% of those polled.

The shift is, in part, due to waning of interest in the issue of national security among Democratic primary voters. The previous poll, taken in the wake of terror attacks in Paris and San Bernardino, California, found that one in four likely Democratic voters said that foreign policy and national security were their primary concern. Only 13% said so in the latest poll, in which 26% of those surveyed said that their top issue was jobs and the economy.

And on that issue, voters in New Hampshire side with Sanders by a landslide, with 57% of Democratic voters calling Sanders the best to handle the economy.