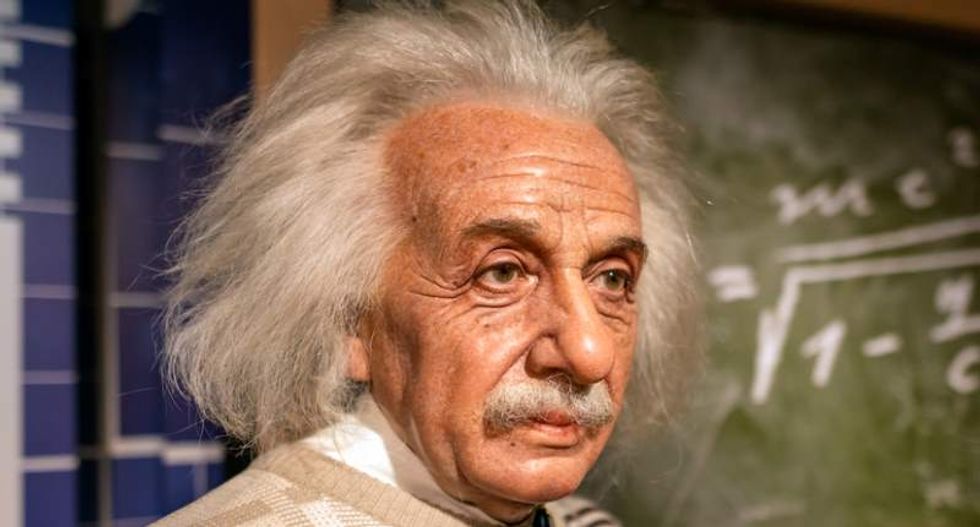 'Waxwork of Albert Einstein on display at Madame Tussauds on July 22, 2015 In Bangkok, Thailand.' (Shutterstock)

Not for the first time, the world of physics is abuzz with rumors that gravitational waves have been detected by scientists in the US.

Lawrence Krauss, a cosmologist at Arizona State university, tweeted that he had received independent confirmation of a rumor that has been in circulation for months, adding: “Gravitational waves may have been discovered!!”

The excitement centers on a longstanding experiment known as the Advanced Laser Interferometer Gravitational-Wave Observatory (LIGO) which uses detectors in Hanford, Washington, and Livingston, Louisiana to look for ripples in the fabric of spacetime.

According to the rumors, scientists on the team are in the process of writing up a paper that describes a gravitational wave signal. If such a signal exists and is verified, it would confirm one of the most dramatic predictions of Albert Einstein’s century-old theory of general relativity.

Krauss said he was 60% confident that the rumor was true, but said he would have to see the scientists’ data before drawing any conclusions about whether the signal was genuine or not.

Researchers on a large collaboration like LIGO will have any such paper internally vetted before sending it for publication and calling a press conference. In 2014, researchers on another US experiment, called BICEP2, called a press conference to announce the discovery of gravitational waves, but others have since pointed out that the signal could be due entirely to space dust.

Speaking about the LIGO team, Krauss said: “They will be extremely cautious. There’s no reason for them to make a claim they are not certain of.”

If gravitational waves have been discovered, astronomers could use them to observe the cosmos in a way that has been impossible to date. “We would have a new window on the universe,” Krauss said. “Gravitational waves are generated in the most exotic, strange locations in nature, such as at the edge of black holes at the beginning of time. We are pretty certain they exist, but we’ve not been able to use them to probe the universe.”

Einstein predicted that the waves would be produced in extremely violent events, such as collisions between two black holes. As gravitational waves spread out, they compress and stretch spacetime. The ripples could potentially be picked up by laser beams that measure minute changes in the lengths of two 4km-long pipes at the LIGO facilities.

Engineers occasionally add synthetic signals to the LIGO data to test the equipment. While these are designed to mimic gravitational wave signals, Krauss said he had heard explicitly that the signal had not been added artificially.

“I don’t know if the rumor is solid,” Krauss told the Guardian. “If I don’t hear anything in the next two months, I’ll conclude it was false.”