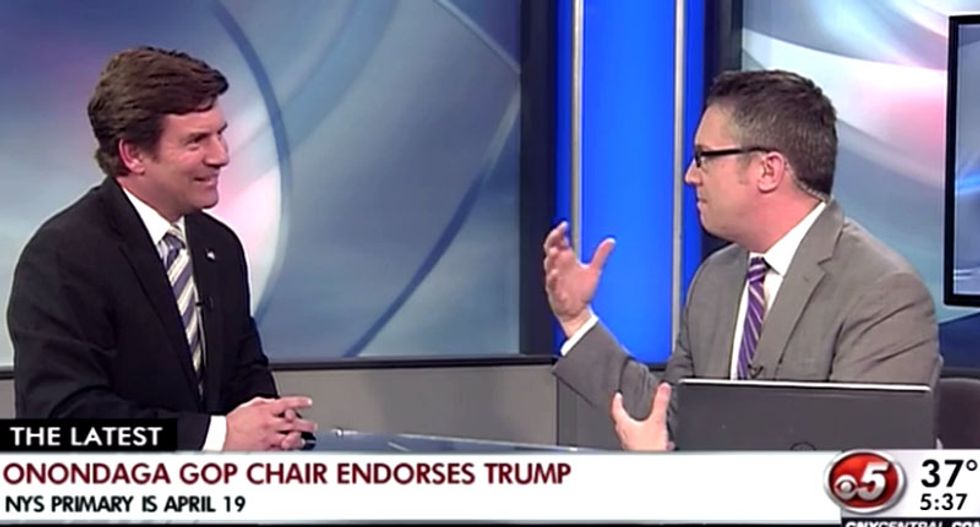 The interview began with a discussion of Trump's anti-immigrant and anti-Muslim rhetoric.

Dadey complained that we "have a very porous border, not only in Mexico but on the northern border." Regarding Muslim refugees, Dadey suggested that Trump didn't really want to ban people for their religion -- he was just starting "from a position of negotiating."

"He has hit a nerve," Dadey explained. "He is leading in all the polls, not only nationally but in the three key early states."

Watch the interview, via CNYCentral.com, below: