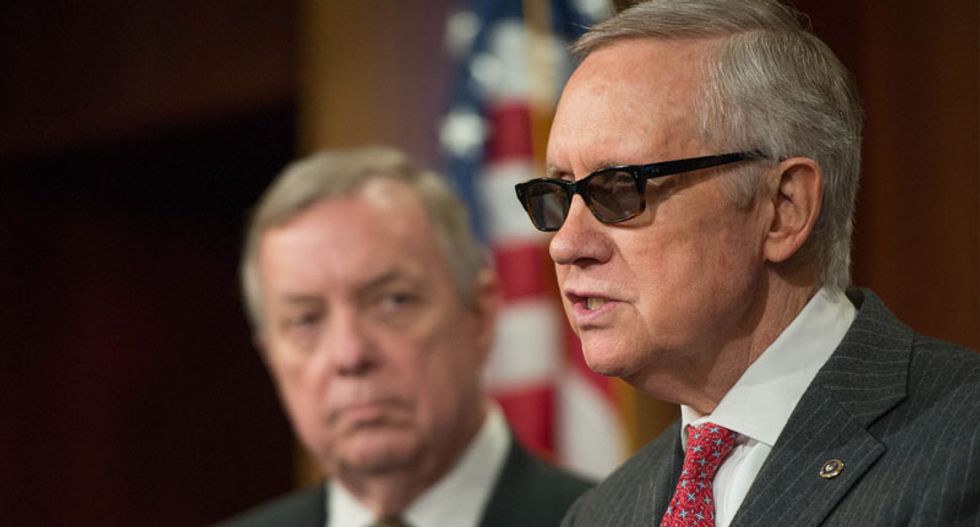 U.S. Senate Democrats narrowly blocked legislation on Wednesday that would slow the entry of refugees from Syria and Iraq into the United States in a contentious vote cloaked in presidential election-year politics.

The vote was 55-43, with "yes" votes falling short of the 60 needed to advance the Republican-backed measure in the 100-member Senate. No Republicans voted against the bill, and only two Democrats backed it.

Among other things, the bill would have required high-level U.S. officials to verify that each refugee from Iraq and Syria posed no security risk before being allowed into the United States.

Republicans said the tighter screening was essential to ensure the safety of Americans and prevent attacks within the country by Islamic State and other militant groups.

Democrats called the legislation an attack on people who are fleeing war. They accused Republicans of holding the vote to allow their 2016 presidential candidates in the Senate to back legislation touted as tough on security.

Democrats had also sought to play politics. They tried and failed to reach a deal with Republicans that would have set up a vote on an amendment establishing a religious test for would-be immigrants.

That vote was planned to see if Republicans would side against 2016 presidential candidate Donald Trump, who has advocated barring Muslims from entering the United States.

The Syria refugee bill passed the House by a large, bipartisan margin in November days after the Nov. 13 Islamic State attacks in Paris, supported by dozens of Democrats who broke from their party despite Democratic President Barack Obama's threatened veto.

"We need to talk about efforts to defeat ISIS, not creating more paperwork for cabinet secretaries," Harry Reid, the Senate Democratic leader, told reporters before the vote.

It currently takes 18-24 months for Syrian refugees to be screened before they can move to the United States.

The United States has offered refuge to far fewer of the millions fleeing war in Syria and Iraq than many of its closest allies in Europe and the Middle East.

Obama announced last year that he would admit 10,000 Syrians, a plan opposed by many Republicans as a potential threat to U.S. security.