Seth Meyers: Iran prisoner swap shows GOP will 'sh*t all over' anything Obama does 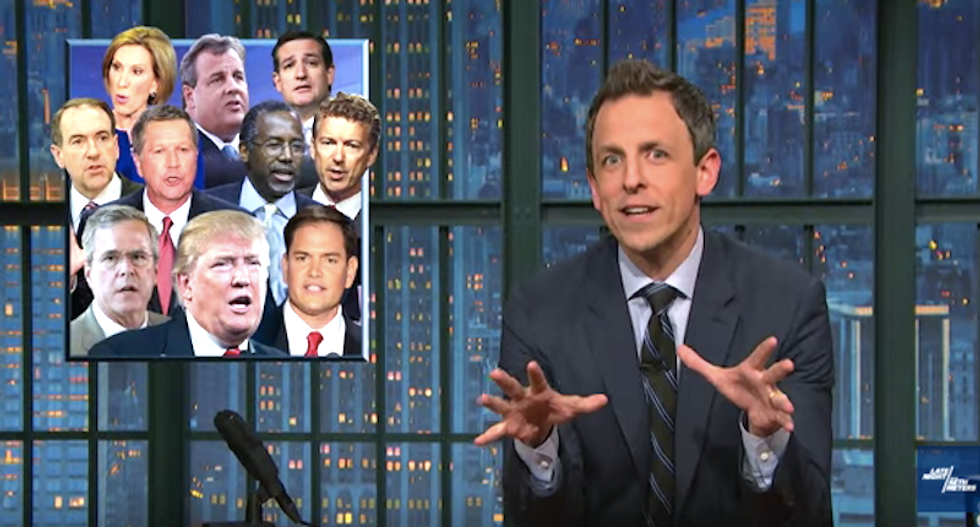 Iran agreed to release four American prisoners over the weekend -- but that wasn't good enough for Obama-hating Republicans.

Republicans have been complaining for months that President Barack Obama hadn't done enough to secure their release, but Seth Meyers noticed they started complaining as soon as the president announced the deal.

"Of course, a good day for Obama only lasts seven minutes before Republicans shit all over it," said Seth Meyers. "Which they did, because Republicans were outraged Obama traded seven Iranian prisoners to get the Americans back."

"It's a terrible deal we should be ashamed of -- and not to brag, it was my idea and you should thank me for it," Meyers said, imitating Trump's accent.

Trump denied over the weekend that he'd claimed those prisoners would never be released under Obama -- even though video shows he did just that.