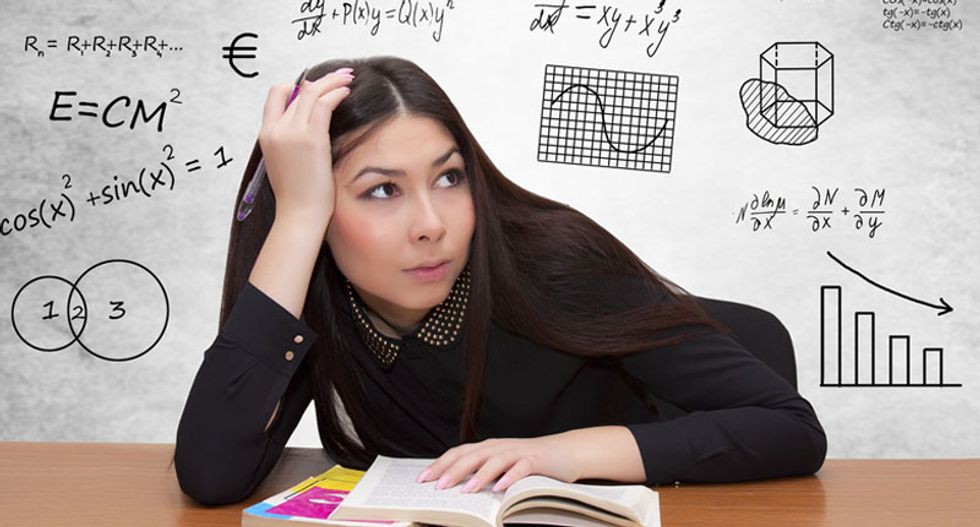 A student who is studying physics (Shutterstock)

Female students are more likely to get lower scores on physics exams than male counterparts, even though they give identical answers, researchers at a Swiss university found.

Sarah Hofer and a group of researchers from ETH Zurich asked high school physics teachers with limited teaching experience to grade an online written exam question. A total of 780 instructors from Germany, Austria and Switzerland were given a fictional and only partially correct answer to an exam question in the field of classical mechanics.

The only difference -- half the instructors were led to believe the student was male and the other half thought the student was female, according to the study published in the International Journal of Science Education.

Researchers noted that while teachers with ten or more years of experience showed no bias, less-experienced teachers graded the students they thought were women with lower scores.

“Teachers with less teaching experience are possibly more guided by the bias that girls are worse in physics than boys when grading,” Hofer said, according to ETH Zurich's publication.

In Germany, male teachers with less experience were less likely to show bias than their female counterparts -- a result the researchers were unable to explain with the data from this experiment.

Elizabeth Stern, professor for Empirical Educational Research, said the difference in grades for the exact same answer is part of a problem in academia with girls entering what are known as STEM fields -- science, technology, engineering and mathematics.

"Girls and women cannot count on being rewarded for their effort,” she said. "As a girl, when you already have the feeling in school that you won't be fairly graded in sciences, then you tend to lose interest in these subjects."

The researchers said the experiment proves that more focus needs to be placed on training teachers -- and suggested teachers should cover the names of students while grading.