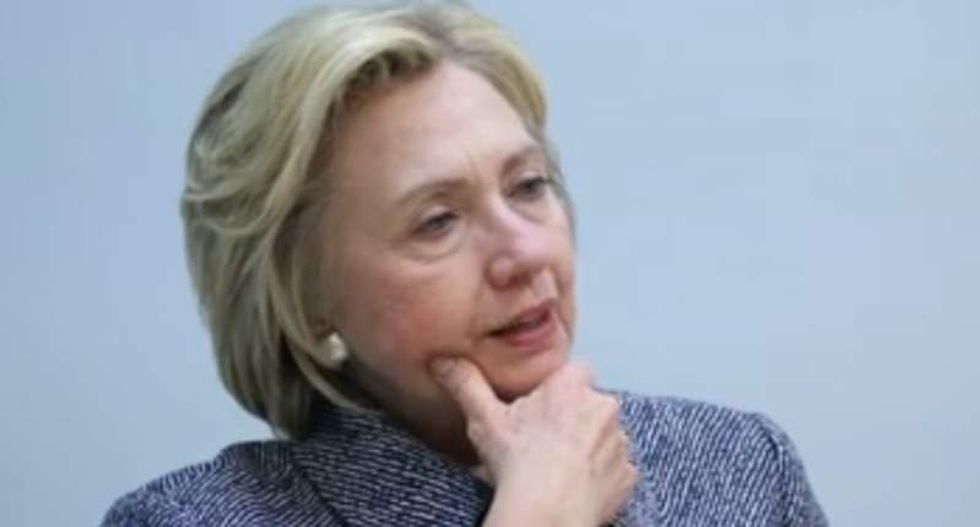 The U.S. State Department conceded for the first time on Friday that intelligence officials were correct to say that at least 22 emails sent through Hillary Clinton's private server contain some of the government's most sensitive secrets.

The seven email chains from Clinton's time as secretary of state, amounting to 22 separate messages, will be withheld from the public as a result because the information in them is classified at the highest level as "top secret," State Department spokesman John Kirby said.

The announcement came three days before the Iowa caucuses, when the first votes are cast for the presidential nominations and where Clinton is locked in a tight race with Vermont Senator Bernie Sanders to become the Democratic nominee for the November election.

The department and intelligence officials have been arguing about the emails, which are being made public under a federal court order, for at least five months. The State Department initially maintained that Clinton might have obtained the same information independently through non-classified channels.

The decision to no longer pursue this argument will add to the questions Clinton has faced for months over her handling of sensitive government information as she seeks to maintain her position as the favorite to become the Democratic nominee.

The Clinton campaign criticized the State Department's decision as the result of "bureaucratic infighting" and "over-classification run amok," adding that the emails should be released.

Some information has been censored in more than 1,300 emails already made public because the State Department says it is classified, including the privately shared thoughts of foreign leaders and government officials. But this is the first time that entire chains are being withheld.

Congressional Republicans have criticized and investigated Clinton for her use of a private email server for her work as a secretary of state from 2009 to 2013. Some of her Republican rivals for the presidency, including New Jersey Governor Chris Christie, have called for her prosecution.

Reince Priebus, the Republican National Committee's chairman, said in a statement that Clinton had "put our national security and diplomatic efforts at risk."

The government forbids handling of classified information, which may or may not be marked that way, outside secure government-controlled channels, and sometimes prosecutes people who remove it from such channels. The government classifies information as top secret if it deems a leak could cause "exceptionally grave damage" to national security.

U.S. Representative Adam Schiff of California, the House Intelligence Committee's leading Democrat, defended Clinton in a statement, saying classification determinations are "often very complex" and she was "responding to world events in real time without the benefit of months of analysis after the fact."

The Federal Bureau of Investigation has taken Clinton's server and other computer equipment, but has declined to share details of its inquiries.

White House spokesman Josh Earnest downplayed questions about whether Clinton might be prosecuted by the Justice Department. "That's not something I'm worried about," he told reporters.

Clinton initially said she never sent or received classified information through her email. In recent weeks she has more often said none of her emails were marked that way.

Following a court-ordered schedule, the State Department has already released most of the roughly 30,000 work emails Clinton returned to the department.

The department had been ordered to release all the emails by Friday, but last week asked the court for a one-month extension.

The State Department also said it would agree with a request from the White House that Clinton's emails with President Barack Obama, 18 in all, be withheld from public release for several years under the Presidential Records Act.