Stephen Colbert mocks throw rug-seeking Oregon militants: Is this a revolution or a bed and breakfast? 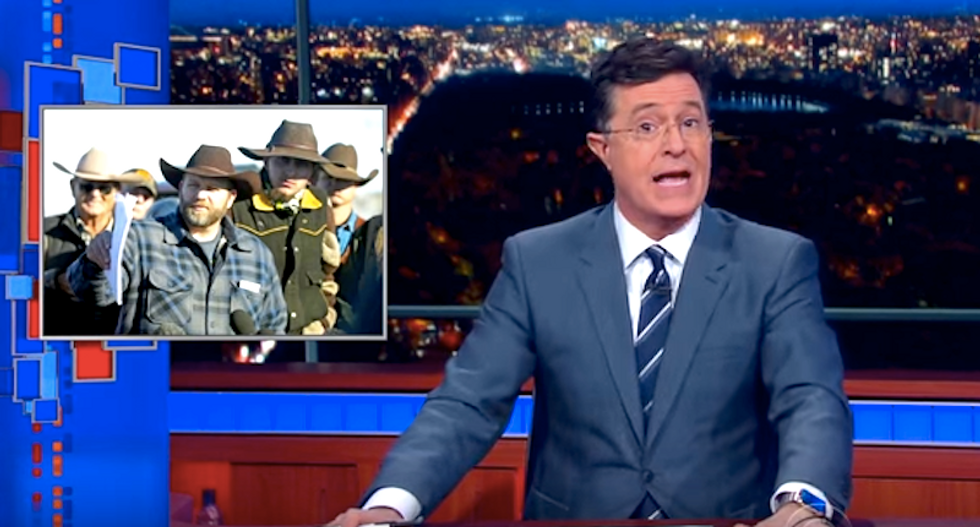 Stephen Colbert mocked the increasingly specific requests made by Oregon militants who asked for "supplies or snacks or anything" after taking over a federal nature preserve.

A list of more than 80 items was circulated over the weekend by organizer Ammon Bundy's mother, who said the armed militants sought additional supplies to continue their occupation.

"She would deliver the items herself, but the clubhouse sign clearly says, 'No girls allowed,'" Colbert said.

"It's one thing to face off against the jackbooted thugs of the tyrannical government, (but) it's another to have to fight the frizzies," Colbert said. "You want hair to bounce and behave."

"They're either starting a revolution, or they're opening a bed and breakfast," Colbert said. "It's just like Patrick Henry said: 'Give me French vanilla or give me hazelnut -- they're both yummy."