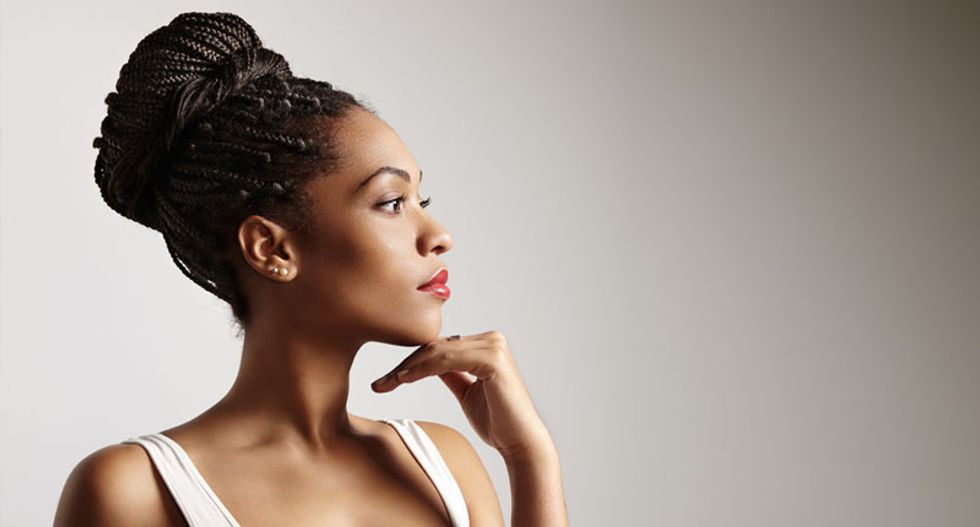 We tend to be more attracted to people who have a similar skin color. But a new study suggests that our romantic attraction towards people of other races can be influenced by our ideological beliefs.

The study found that young white men who endorse a “color-blind” ideology tend to be less attracted to black women compared to white men who don’t endorse such beliefs. But young white and black men who endorse multiculturalism tend to be more attracted to women of another race compared to those who don’t endorse multiculturalism.

Those who endorse a “color-blind” racial ideology believe the best way to fight racial discrimination is to ignore the concept of race altogether. The color-blind ideology holds that “race should not and does not matter.” Those who endorse multiculturalism believe society should embrace a multitude of ethnic and cultural groups. Multiculturalism makes an “effortful positive evaluation of group differences.”

The research was conducted by James E. Brooks of Tennessee State University and Helen A. Neville of University of Illinois at Urbana-Champaign, and published in the Journal of Social and Personal Relationships.

The study was based on 62 black and 62 white male college students, who rated the attractiveness of women featured in eight fake online dating profiles. Three of the profiles featured black women, three featured white women, one featured an Asian woman, and one featured a Latina woman. For the study, however, the researchers only included the participants’ evaluation of the black and white women.

However, the ideology of the participants influenced their responses. The more a white participant embraced a “color-blind” ideology, the less likely he was express an interest in dating one of the black women.

“Thus, although white men endorsed statements which suggest that race does not matter in society, it appeared that race did matter in their personal lives as indicated by their romantic attraction,” the researchers said.

Multiculturalism, on the other hand, was associated with greater interracial attraction. The more a participant endorsed multiculturalism, the more likely they were to be attracted to women of another race. This was true of both black and white participants.

“These results are important because they suggest that it is more than a mere absence of prejudice that can foster interracial attraction but that a conscious commitment to the recognition and valuing of difference across race may be what is influential in interracial attraction,” Brooks and Neville wrote.

Stephanie Frappart's appointment as match referee for Thursday's crunch World Cup clash between Germany and Costa Rica is a step forward for women in a "sexist sport", according to Costa Rica manager Luis Fernando Suarez.

Frenchwoman Frappart will make history as she leads the first all-female refereeing team at a men's World Cup in the Group E match which Germany must win to keep alive their hopes of progressing to the last 16.

In the town hall of Has, in Albania's mountainous northeast, the Union Jack flag has pride of place next to a framed photo of the late Queen Elizabeth II.

It is an expression of gratitude towards the United Kingdom as the small town, dubbed 'Little London', owes everything to residents who left to find work across the Channel.

MSNBC's Joe Scarborough mocked Republicans for being so committed to upsetting their political enemies that they'll fumble away congressional seats.

Officials in deep-red Cochise County, Arizona, are refusing to certify election results that include GOP losses in the gubernatorial and Senate races, but a Republican win by Juan Ciscomani in the competitive 6th congressional district, and the "Morning Joe" host was amazed they might hand the seat to a Democrat out of spite.