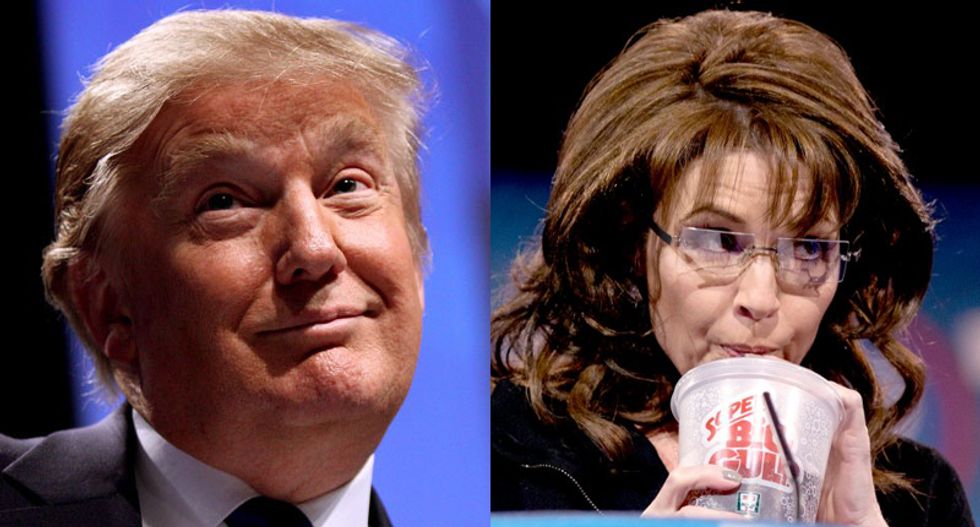 Rick Tyler, the spokesperson for Ted Cruz's presidential campaign, warned Sarah Palin on Tuesday that she would be tarnishing her own reputation by endorsing Donald Trump.

Following rumors that former Alaska governor would announce her support for Trump at a rally in Ames, Iowa on Tuesday, CNN's John Berman asked Tyler if the endorsement would be a "blow to the Cruz campaign."

"I think it’d be a blow to Sarah Palin," Tyler replied. "Because Sarah Palin has been a champion for the conservative cause, and if she was going to endorse Donald Trump, sadly, she would be endorsing someone who’s held progressive views all their life on the sanctity of life, on marriage, on partial-birth abortion."

"If it's Sarah Palin, let me just say that I would be deeply disappointed," he added.

A former U.S. prosecutor is breaking down the ins and outs of former President Donald Trump's highly publicized lawsuit against the New York Times, three of its reporters, and his niece, Mary Trump. Appearing on MSNBC with Chief Legal Correspondent Ari Melber, former federal prosecutor Joyce Vance broke down all of the issues with the former president's lawsuit.

Vance began with the questionable timing of Trump's lawsuit. Citing his legal history, she said noted that many of Trump's lawsuits have had ulterior motives. "Trump usually files lawsuits as an aggressive mechanism," Vance noted. "This is his history so he might file a lawsuit to distract from other things that are going on around him."

While President Biden's CARES Act has in many ways proven a lifeline for thousands of businesses struggling to stay afloat amid the COVID-19 crisis, his PPP loan program, coordinated by the Small Business Administration (SBA), has also been the subject of great controversy, with many critics arguing that its provisions were abused by massive corporations that hardly needed the extra boost.

A demand from Donald Trump that Texas officials audit the 2020 presidential ballots in select counties is already creating confusion and chaos in the Lone Star state, reports CNN.

On Thursday, the former president fired off a letter to Gov. Greg Abbott (R) demanding an audit of ballots in counties where President Joe Biden did well, and the office of the secretary of state issued a statement reading, "the Secretary of State has the authority to conduct a full and comprehensive forensic audit of any election and has already begun the process in Texas' two largest Democrat counties and two largest Republican counties -- Dallas, Harris, Tarrant and Collin for the 2020 election."