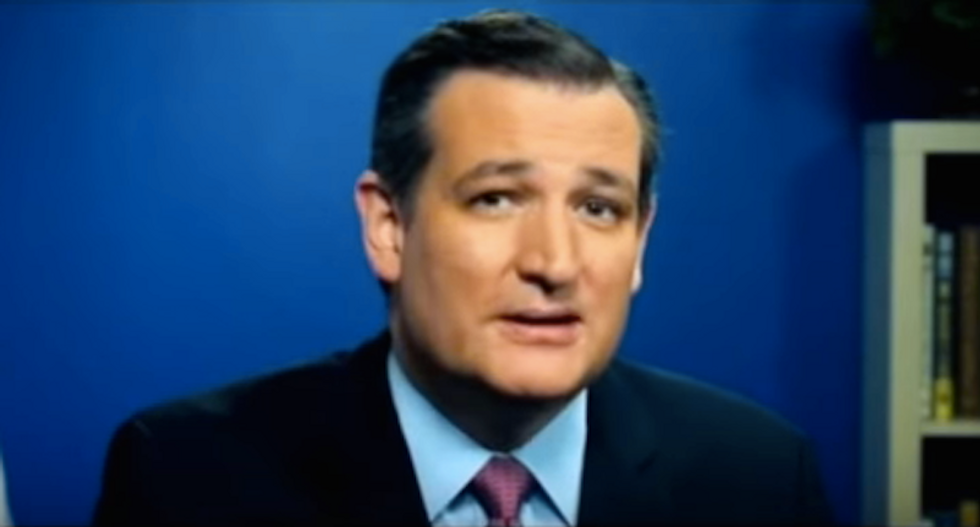 In a recent congressional hearing, Ted Cruz (one of the leading candidates for the Republican presidential nomination) first asked us to follow the science, and then misused and abused the very science he reportedly admires. The contrarian scientists that were invited to testify are members of a shrinking tribe that every year has to work harder to deny the clear evidence of a human-caused warming world.

Those scientists were William Happer , Judith Curry , and John Christy . They argued that the Earth isn’t warming (or has slowed its warming) or that satellite temperature measurements are the best way to measure the Earth’s temperatures. In fact, satellites don’t measure temperature at all, but these witnesses didn’t mention that fact.

I had the (dis)pleasure of testifying at a hearing in Minnesota where William Happer also testified. He, Roy Spencer , and Richard Lindzen all made errors in their testimony that were repeated at the Cruz congressional hearing. At the Minnesota hearing, these contrarians were representing Peabody Energy – the world’s largest private sector coal company – and in some cases, charging $250 per hour (I worked pro bono).

They focused on high-altitude temperatures in the tropical part of the globe (near the equator) rather than temperatures at the surface or in the oceans. But it gets even worse – they combined two sets of satellite data into a single curve when in reality, satellite temperature measurements differ by as much as a factor of four depending on whose data you use!

The figure below is nearly identical to Figure 9 Exhibit 2 in Richard Lindzen’s direct testimony, and similar to Figure 3 in Exhibit 2 to Roy Spencer’s Direct Testimony . You can see the schedule for the testimony here and access the filed court documents. My rebuttal testimony is available here and my surrebuttal is here . Climate scientist Andrew Dessler also testified at the hearing and his reports can be found here and here.

As I wrote last year and submitted in my court filings, the table below shows the huge spread amongst various satellite measurements. Why didn’t the contrarians point this out? Why do they only use the coldest two datasets? Why didn’t Roy Spencer tell the Minnesota Public Utilities Commission that his work has been found to be wrong multiple times?

Why does this Peabody Coal case in Minnesota matter? Well, the same arguments were made by Ted Cruz and his contrarian witnesses in December in Washington DC. You can watch the video here . You can read John Christy’s testimony here. You can read Judith Curry’s written testimony here . The similarity between this group of contrarian documents is shocking. It is almost as if portions of their testimony were cut and paste.

For instance, why don’t Roy Spencer and John Christy tell these judges and panels that they have had to revise their own temperature estimates several times over the past two decades when other scientists identified errors in their model? They originally claimed that the atmosphere was cooling, and now their data shows it is warming.

Why do these contrarians mislead by only showing some groups’ satellite temperature estimates while omitting others? Why do they neglect temperature measurements in the oceans and Earth’s surface where the warming is clear? Why do they falsely claim that there has been a halt or even a slowdown in overall global warming when no such halt or even slowdown has occurred, and in fact the warming is accelerating ?

Why do some of these witnesses refer to their own publications after they were shown to be hugely in error, containing undergraduate-level math errors ? Why don’t these contrarians and Ted Cruz tell us that the referenced satellite temperature recording team (Remote Sensing Systems) disagree with the way their dataset is being used ?

I invite readers to view this great video created by Peter Sinclair which includes interviews from many real experts who discuss this very issue in a clear and understandable way.

It will be interesting to see what the next contrarian argument is. They have retreated to higher and higher elevations in the atmosphere to run away from the reality of global warming. At some point, you’d expect they will reach escape velocity.