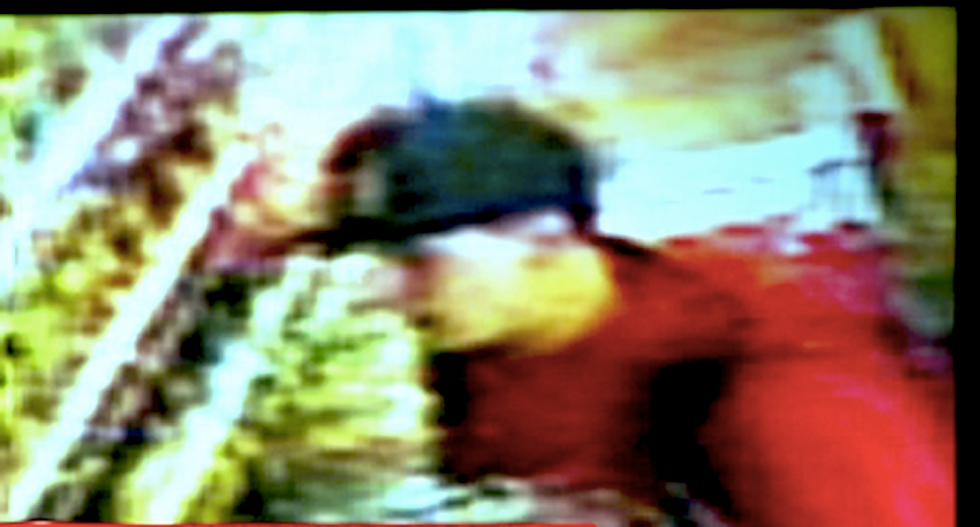 Police are seeking a teenager who stabbed a Sikh store clerk to death last week in California.

Surveillance video shows the suspect, who appears to be in his late teens, lurking outside the Fresno shop New Year's Day until customers left, reported KFSN-TV.

The teen, who appears to be white, thin and about 5 foot 7 inches tall, then went inside, called Gurcharan Singh Gill toward him and stabbed the clerk as he approached.

Gill pushed himself away and grabbed a golf club, but the teen knocked him to the ground and walked over to the cash register and tried unsuccessfully to open it.

The suspect grabbed something from a store shelf and walked out, leaving Gill to die from his wounds.

Authorities announced a $10,000 reward, including an $8,000 contribution from the city's Sikh community and $2,000 from Crimestoppers, for information leading to an arrest.

The incident is being investigated as a hate crime, although Gill does not wear the traditional turban that has made other Sikhs a mistaken target of anti-Muslim violence.

"I don't believe there is any question as to what his intent was," said Jerry Dyer, chief of Fresno police. "He stabbed Mr. Gill multiple times in the chest area, repeatedly, and even as Mr. Gill backed away and attempted to fight him off and retreated, the suspect continued to stab Mr. Gill."

Gill, who had lived in the U.S. for about 30 years, could have retired but had planned to work about 18 more months to help put his son through medical school.

"Convenience store employees are afraid and always leery that this could happen," said Ike Grewal, of the Sikh Council of Central California.

Police are examining about 50 days of surveillance video from the store to determine whether the suspect had ever been there before.

A 68-year-old Sikh man was attacked just six days earlier while waiting for a ride to work in Fresno.

The man said two men stopped their car and shouted obscenities at him before beating him in the street just before dawn Dec. 26.

"Why are you here?" the men demanded as they beat the turban-wearing older man, who suffered a broken collarbone and other injuries in the attack.

A $12,000 reward has been offered in that case, but no arrests have been made.