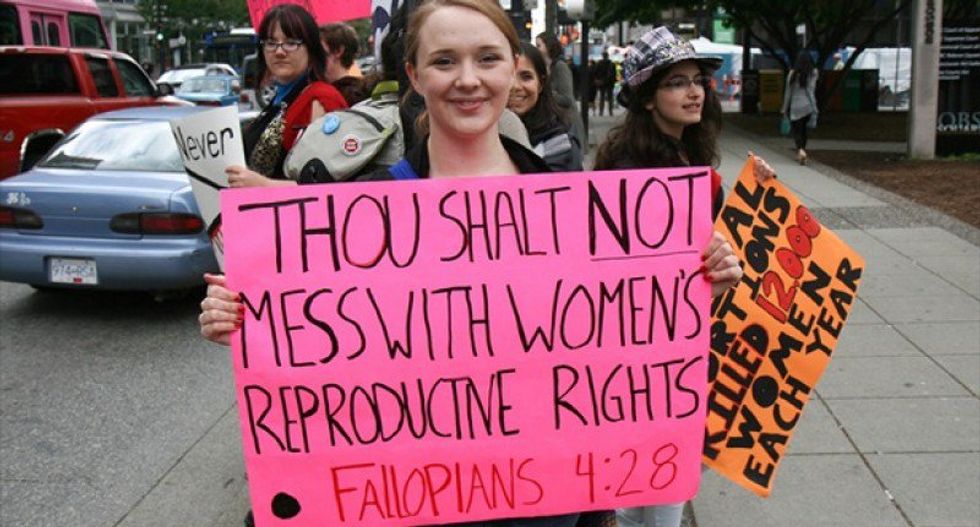 The state of Texas on Wednesday urged the U.S. Supreme Court to uphold its restrictions on abortion providers, citing the case of a Philadelphia doctor convicted in 2013 of murdering babies at his abortion clinic.

Lawyers for Texas were responding to court papers filed by abortion providers who challenged the 2013 state law. The high court is due to hear oral arguments on March 2 and issue a ruling by the end of June. It is one of the biggest cases before the nine justices in their current term.

Gosnell was indicted in 2011 and convicted in May 2013, two months before the Republican-backed Texas law was passed.

The state's lawyers wrote that Texas was one of several states that passed laws to protect healthcare standards in abortion clinics in the aftermath of that case.

"The Kermit Gosnell scandal shocked our nation and put a spotlight on the urgent need to prevent such tragedies from happening in our own state," Texas Attorney General Ken Paxton, a Republican, said in a statement.

He asked the court to "uphold the ability of the state to ensure women seeking abortions are not harmed.”

Women's healthcare providers dispute the state's characterization of the law's purpose, saying it was aimed at making it harder for women to get abortions. Lawyers for Whole Woman’s Health and other clinic operators in the state argued that law imposes an undue burden on women seeking to end their pregnancies in violation of Supreme Court decisions protecting abortion rights.

The case focuses in part on a provision of the Texas law that has not yet gone into effect, requiring clinics to have costly hospital-grade facilities. A separate section of the law that requires abortion clinic physicians to have admitting privileges at a hospital within 30 miles (50 km) is also at issue but has gone into effect in most parts of Texas.

The Supreme Court legalized abortion more than four decades ago but abortion remains a contentious issue. Some U.S. states have sought to chip away at a woman's right to terminate a pregnancy with laws enacting various restrictions.