Texas family sues over body that went missing from casket 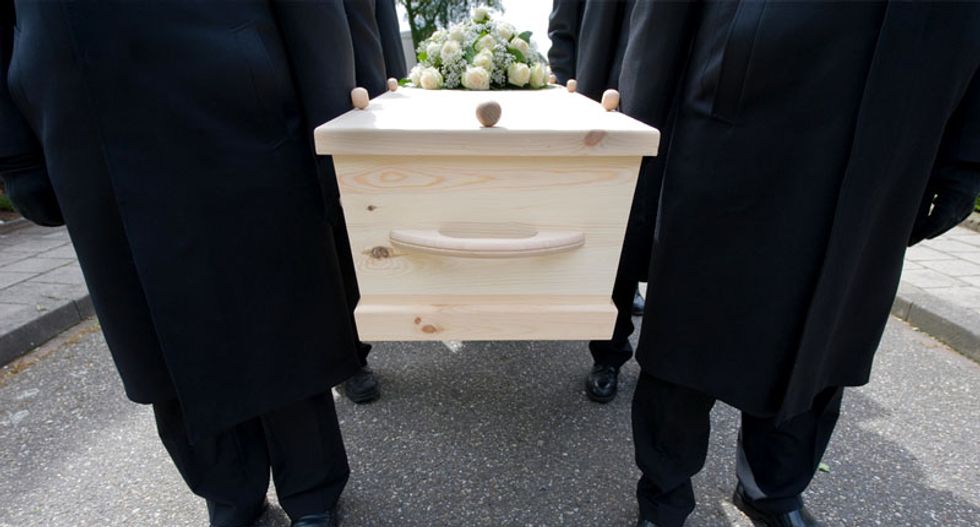 A Texas family is suing a funeral home for at least $1 million after the body of a young woman vanished without a trace from a hallway of the facility and has yet to be found, lawyers said on Thursday

The family of Julie Mott, who died in August at the age of 25, has filed suit against the Mission Park Funeral Chapels and Cemeteries of San Antonio for misplacing her body, they said.

"After the memorial service, but before the body was transferred to the crematorium, Mission lost possession of Julie Mott's body, and to this day has been unable to explain how they lost the body," the lawsuit filed this month states.

Mission Park responded in a statement saying "we have been working closely with the police, private investigators, and the public since the theft occurred to find the culprit in this case."

Mission Park officials and local volunteers have searched parks and wooded areas for clues on where the body may have been left, but have come up empty, they said.

The body was likely stolen out of its coffin as it sat in a hallway in the funeral home waiting to be transported to the crematorium. The funeral home's alarm system did not sound, leading police to believe no break in occurred, police said.

Police have not identified a suspect although they have suggested the body was taken by someone obsessed with Mott or someone opposed to her cremation.