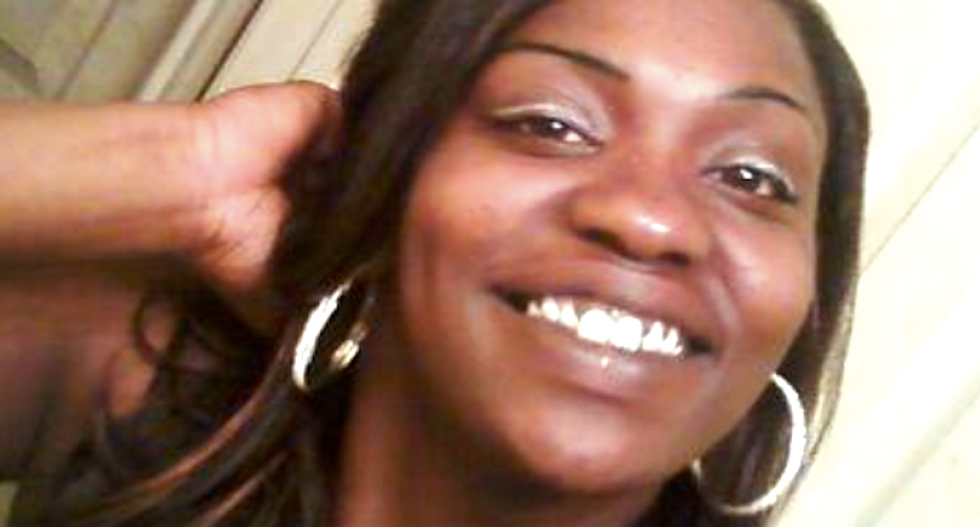 A Texas woman was shot and killed by a passenger riding in the back of a car that had been weaving in and out of traffic.

Brittany Daniel was fatally shot about 7 p.m. Wednesday on Interstate 30 in Arlington as she and a co-worker drove home from their jobs, reported WFAA-TV.

The co-worker and friend, Jasmine Thomas, said they spotted another driver weaving aggressively in and out of rush hour traffic.

The other driver pulled alongside Daniel's car, and a man riding in the rear passenger seat shouted profanities at the 26-year-old woman-- who reacted the way many drivers would under similar circumstances, her friend said.

"She flipped him off, and next thing you know we heard two pops -- and she said that she was hit," Thomas said.

Thomas was able to pull her car over to the side of the expressway in spite of her wounds and ask her co-worker to call for help.

Daniel was taken to a nearby hospital, where she was pronounced dead a short time later.

"I can’t even close my eyes without even thinking about that moment," Thomas said. "It just happened so fast, keep replaying in my head like over and over."

Police have few details about the suspect or his vehicle -- which witnesses described as a smaller, dark-colored, four-door passenger car -- and investigators do not have a description of the gunman.

Daniels was driving a gray Honda Accord.

"Unfortunately, the passenger didn't get a real good look at the car," said Lt. Chris Cook, of Arlington police. "But she described them as driving pretty recklessly, zipping in and out of traffic."

An area business, Oak Farms Dairy, offered a $10,000 reward for information leading to an arrest and indictment in the woman's death.