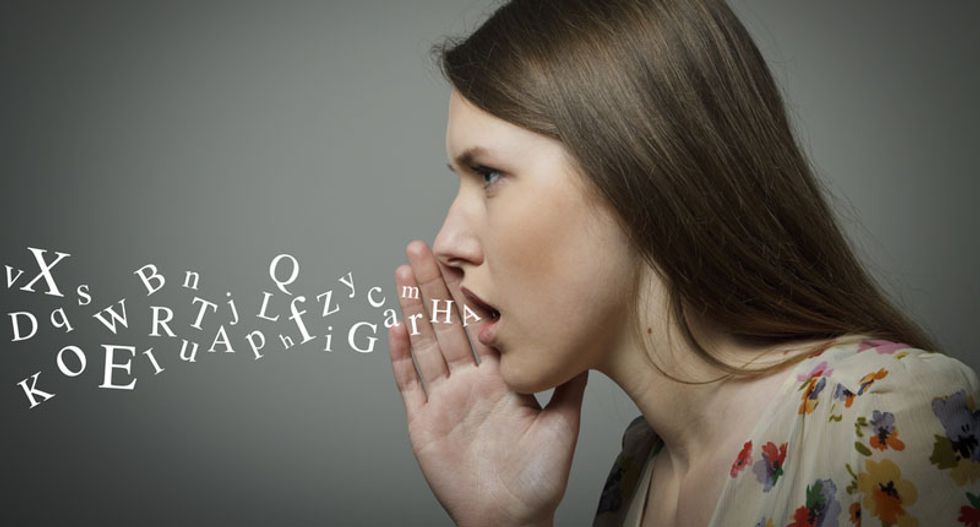 On January 8 the American Dialect Society announced “they” as its 2015 Word of the Year. Some may be surprised that the common pronoun beat out newcomers “on fleek” and “ammosexual.”

It’s only the most recent example of how the English language, from titles to pronouns, is in the process of adapting to new cultural attitudes about gender.

To add a touch of formality when addressing people, courtesy titles continue to be used to signal politeness. For a long time, English had three such titles: Miss, Mrs. and Mr. In the 20th century, some women battled to conflate Miss and Mrs. into Ms. to create a form that didn’t specifically indicate a woman’s marital status.

Now there’s a similar movement to introduce a courtesy title that doesn’t specify sex at all: the gender-neutral “Mx.” (pronounced like “mix”).

Last year, Mx. was added to OxfordDictionaries.com. And while The New York Times hasn’t officially included the word in their style guide, editors note that they have occasionally used Mx. (Choosing a title is especially relevant for The Times, since unlike many newspapers, they customarily refer to all people with a title upon second mention.)

Linguists call pronouns that can apply to either sex epicene pronouns. Some other languages already have such pronouns. Chinese, for example, uses the neutral third-person form “ta” in speech.

In English, many have suggested a third-person form that’s neither masculine nor feminine. One, of course, is the cumbersome “he or she” construction. (“If anyone wants to sign up, he or she must…”) Other novel pronoun forms that have been proposed include the words “ze,” “xe,” “zhe” and “per.”

The use of “one” would seem to be a handy, preexisting solution. But this word is both more formal in tone, and, in some dialects of English, it’s often used more as a cover for “I,” rather than for he or she. (“It was a good restaurant, but one wishes that better side dishes had been presented.”)

For many years, some interpreters of legal wording have argued that “he” itself conveys a neutral or generic sense. This line of argument is problematic, however, because while “he” is sometimes used in a universal sense to mean “human” (“Anyone filing this form must sign his name”) it can also be used to contrast with “she” (“Anyone fathering a girl must list his name on the form”).

Some also argue that a male pronoun shouldn’t be the “default” for a human. This is often the case in languages like Spanish, which have grammar rules requiring the masculine gender for words that refer to groups containing mixed sexes.

In English, to solve these gender quandaries, many have suggested using the gender-neutral – but traditionally plural – form “they.” The use of “they” as a singular is actually nothing new: it’s appeared in the works of Austen, Dickens – even Shakespeare.

Today the singular “they” is quite widespread in speech. (“Everyone was trying to check their phone.”) One sign of how widely this change has been embraced is Facebook’s announcement in 2014 that their site would begin using “they” to refer to an individual friend (“tell them Happy Birthday”). Moreover, Facebook users, when selecting a gender for their profiles, now get to choose from male, female – and over 50 additional options, including agender, pangender and transsexual.

But even in more formal writing, the singular “they” is taking hold. Recently, the style guide editors of The Washington Post officially adopted the use of “they” as a gender-neutral third-person singular form.

All these trends explain the choice of “they” as the American Dialect Society’s 2015 Word of the Year.

As genders blur, so does language

Nonetheless, the fact that there’s still disagreement over the use of singular “they” shows how it’s much easier to adopt some types of words than others.

Some parts of speech acquire newly coined words all the time. For example, it’s possible to create a successful new noun, verb or adjective without much difficulty.

With many coming out as gender-nonconforming, language is adapting. (Kate Evans)

But other categories, such as prepositions (on, at, under) and conjunctions (and, or) are harder to change, because there are a limited number of configurations for things that they describe. Pronouns, too, have been in that camp of words that are fairly hard to make additions to, since there have traditionally been limited categories into which we typically sort people (male, female, singular, plural).

One socially helpful distinction used to categorize people has been to sort them by sex. Many languages have separate masculine and feminine pronoun forms that tend to reflect the sex of the person referred to. However, today, binary sex categories are becoming less and less relevant.

Because gender fluidity has become more discussed and accepted, it may be easier and more socially respectful to have words that can be used when you’re speaking to – or about – someone whose gender is either unclear or who doesn’t self-identify as a specific gender. Thus, there is a need to let go of words that match only a single type of human.

As word choices and identity choices become more flexible, speakers can refer to someone without categorizing them. The singular “they” has worked that way for a long time. “Mx.” will allow speakers a courteous way to perform this same function in the future.

By Laurel Stvan, Associate Professor and Chair of Linguistics, University of Texas Arlington