'The Daily Show' confirms: Obama heads into his last SOTU with 'no more f*cks to give' 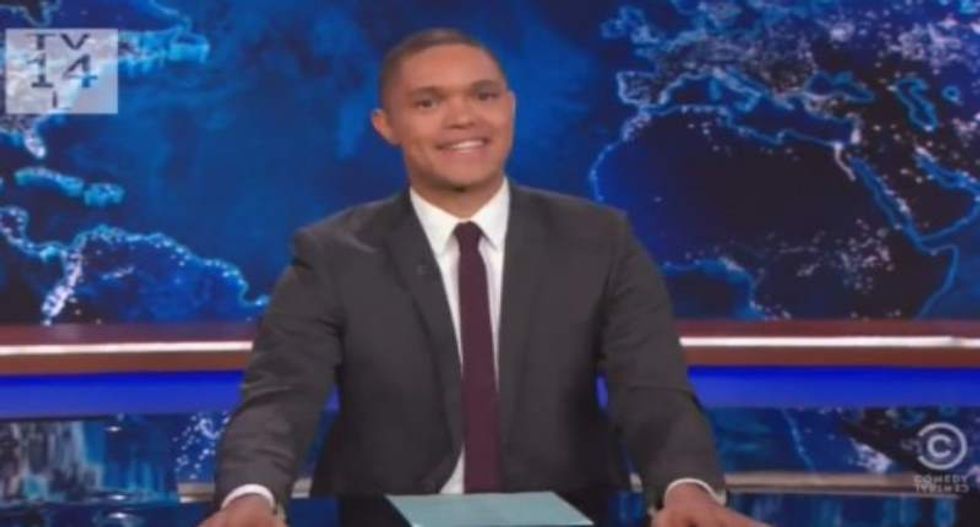 To help Trevor Noah prepare to watch the State of the Union address for the first time, correspondent Roy Wood Jr. offered up his predictions for what President Barack Obama will cover on Tuesday.

"More of a preview of the exhibits in the Obama presidential library -- the Affordable Care Act, the climate change deal, how he taught not one but two Portuguese water dogs to fist-bump," Wood said. "But what I do know for sure about this year's speech? Obama has no more f*cks to give."

As proof, Wood pointed out how relaxed Obama looked in a picture promoting the address on Twitter:

But for the most part, he argued, the event is more of an obligation for the president, during which they are expected to call the state of the union "strong" no matter what is going on, or risk creating an awkward moment like Gerald Ford did during his 1975 address when he declared it "not good."

"You know Trevor, when America asks you if it looks fat in its jeans, it's not really looking for an honest answer," Wood explained. "Just say America has a bangin' a*s and be done with it."

Watch Woods preview the address, as posted online on Monday, below.