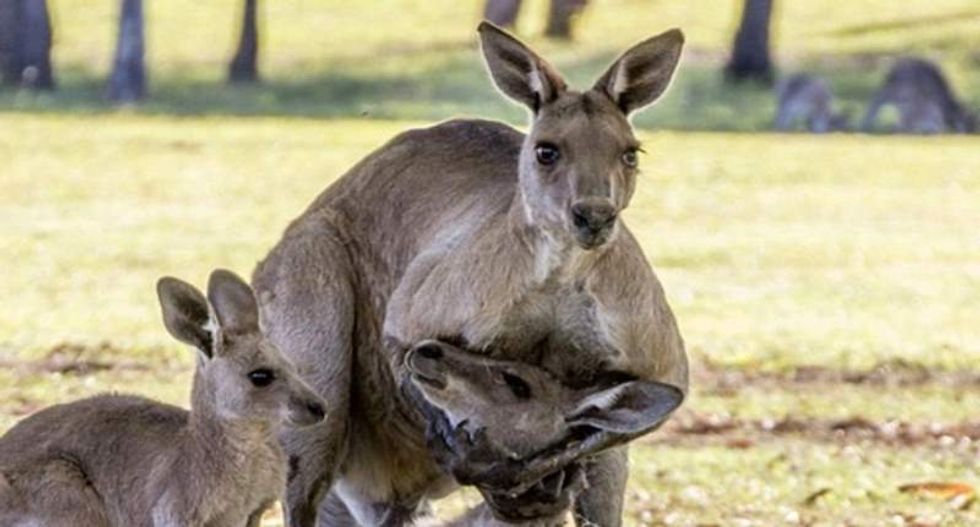 This photo was mistakenly interpreted to be of a male eastern grey kangaroo grieving for its mother. (Evan Switzer)

By Elle Hunt, The Guardian

A scientist has claimed “heartbreaking” viral photographs showing the “tragic moment” a young kangaroo “reached out to touch its dying mother, one last time”, have been misinterpreted by the media.

The kangaroo’s intentions were in fact “far more sinister” than reported, said Dr Mark Eldridge, principal scientist of the Australian Museum: it was in a “state of sexual arousal”.

In an explosive blog post Eldridge praised Queensland photographer Evan Switzer’s “great photos of the kangaroos”, but said they had been “fundamentally misinterpreted”.

“This is a male trying to get a female to stand up so he can mate with her.”

He pointed to the “highly stressed and agitated” state of the male kangaroo, which had been licking its forearms to cool down. Eldridge also pointed to “evidence ... sticking out from behind the scrotum” of the kangaroo’s sexual arousal.

Eastern grey kangaroos can breed throughout the year, but mostly do so in spring and early summer.