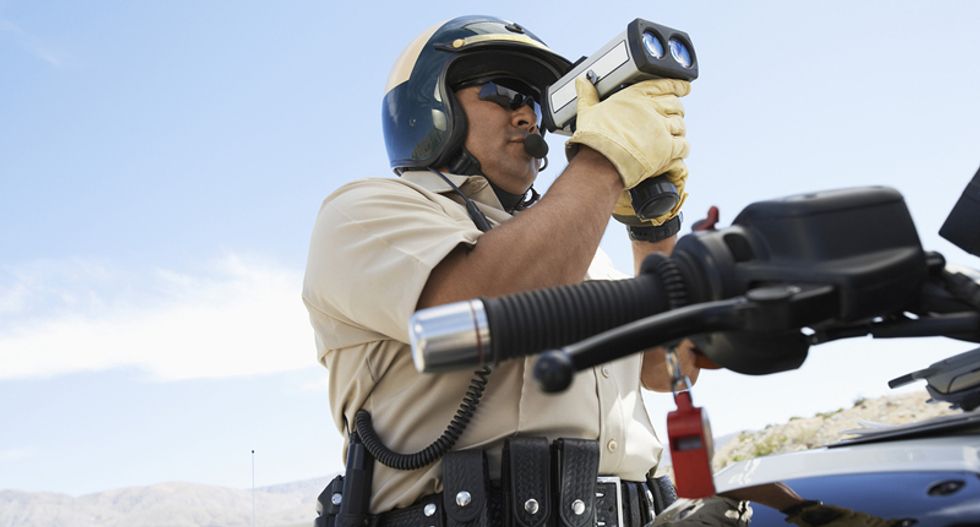 The small Ohio town of Arlington Heights has disbanded their police department following an investigation that showed funds from tickets issued by cops in the town's notorious speed trap were being embezzled by city workers.

According to Cincinnati Enquirer, the move to dissolve the local police department comes three months after two former village clerks were convicted of embezzlement.

Deputy Clerk Laura Jarvis and her mother, Donna Covert, a former clerk, were sentenced for absconding with more than $260,000 in traffic fines. According to state auditors, the two had been depositing traffic fines to their own accounts instead of the village bank account.

The two were able to hide the large amount of dollars taken because the small town, population 800,  is home to a speed trap conducted by local cops along the brief I-75 corridor that runs by the town.

Arlington Height's reputation as a speed trap town was so bad that Hamilton County Prosecutor Joe Deters, who called for the village's dissolution in 2012, said replacing the cops with officers from Hamilton County Sheriff's Department was a good move.

"You get to a point where it just doesn't make sense anymore," Deters said. "I think they've taken a hard look at what they're doing out there, and if they're letting the sheriff do it now, they made the right call."

"Basically, they were setting up speed traps on I-75 to fund the municipal workings of that village – which they then stole," Deters said. "I can't quite put my finger on it, but there's something off about a village that's maybe a mile long setting up speed traps to raise money that then is used to fund a bunch of public employees. It just rubs me the wrong way."

Former Arlington Heights Mayor Cody Gertz said the decision to shut down the police department was more a matter of economics, attributed to rising salary and benefit costs.

"There was talk about disbanding the police department earlier this year, but we ended up finding good candidates," he said. "Around August-September, we saw the light at the end of the tunnel. We thought we'd be closer to fully staffed. Then the bottom fell out from under us. We lost officers to neighboring police departments and it crippled us again."