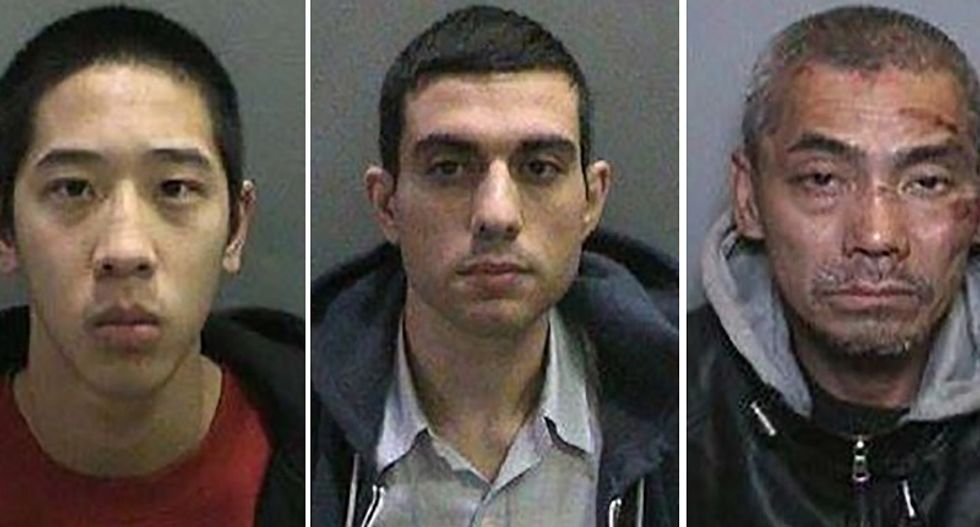 The last two fugitives who broke out a California jail last week were arrested on a tip from a man who saw their stolen van in the parking lot of a San Francisco Whole Foods supermarket, authorities said on Saturday, a day after a third escapee turned himself in.

The manhunt that began after the three inmates escaped from an Orange County maximum-security jail on Jan. 22 came to an end when Hossein Nayeri, 37, and Jonathan Tieu, 20, were taken into custody in San Francisco's park district about 375 miles (604 km) north of the lockup, police said.

A man approached police officers and pointed out a white van in the parking lot of a Whole Foods market that looked similar to the one the fugitives were reported to have stolen in Los Angeles following their escape, San Francisco police spokeswoman Grace Gatpandan said at a news conference.

Nayeri took off running when police approached the van, Gatpandan said. After a brief chase, officers caught the fugitive. Tieu, who police said was hiding in the van, was arrested a short time later, she said.

The white van appears to be the same vehicle the two men stole and were believed to be living inside of following their escape, Orange County Sheriff Sandra Hutchens said at a separate news conference, where she expressed relief over the capture.

"My fear was someone in the community was going to get hurt, because they really had nothing to lose," said Hutchens.

The Orange County Sheriff's Department operates the jail in Santa Ana from which the three prisoners escaped.

The daring Jan. 22 breakout recalled the escape of a pair of convicted murderers from an upstate New York prison last year. They evaded capture for three weeks before one of them was shot dead and the other was captured near the Canadian border.

Orange County officials had offered a $200,000 reward for information leading to the arrest of the three inmates, and on Saturday Hutchens expressed hope that the citizen who reported seeing the van in San Francisco could receive a reward.

San Francisco police found rounds of .380-caliber ammunition in the van, but did not locate a gun, Gatpandan said.

The third escapee, Bac Duong, 43, gave himself up on Friday in Santa Ana, officials said.

Nayeri, the presumed mastermind of the breakout, was incarcerated at the Orange County jail on charges stemming from the 2012 mutilation torture of a kidnap victim.

Tieu was facing murder charges and Duong has been charged with attempted murder and assault with a deadly weapon, among other crimes. The pair are reputed to be connected with Vietnamese-American street gangs.

The men made their getaway by cutting through steel grating inside the jail, climbing through a plumbing conduit to the roof and lowering themselves four floors to the ground with bedsheets, authorities said. Their disappearance went unnoticed for about 16 hours.

Like the New York breakout, the California escape involved a female civilian employee of the correctional facility who provided help, authorities say.

Nooshafarin Ravaghi, who taught English at the Orange County jail, was arrested on Thursday on suspicion of assisting in the escape. She is accused of furnishing the inmates with Google Maps information that included overviews of the jail rooftop and surrounding areas.

Ravaghi, who is expected to be arraigned on Monday, had befriended Nayeri, according to authorities.

In the New York escape, the fugitive inmates had help from a female prison employee who allegedly had sexual relations with one of them. She was sentenced to seven years for her role.