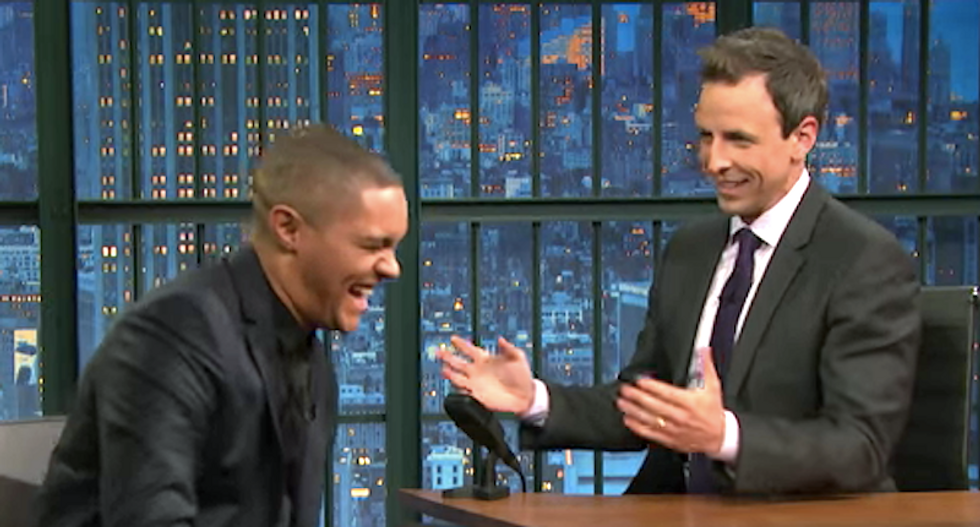 The "Daily Show" host appeared Monday night on "Late Night," where he talked about experiencing his first American election campaign and his legendary predecessor, Jon Stewart's, recent return for a visit.

"He has so many layers to him," he continued. "Trump is Trump -- we get it. But Ben Carson is layered. He's like a man of mystery. He's got a dangerous side that maybe didn't actually happen, which is even more dangerous -- and he's chill, on top of all that."

Meyers said the retired neurosurgeon's demeanor was so somnolent that he might forget to announce that he's dropped out of the race -- while Noah suggested that Carson would not actually drop out but everyone would forget he was running.

They continued riffing, as Meyers suggested a strange and awkward conclusion to Carson's baffling campaign.

"There's going to be a very awkward moment at the inauguration for whoever it is, where you'll just see in the background someone explaining to Ben Carson, it's over -- it's not you, they went a different way," Meyers said.