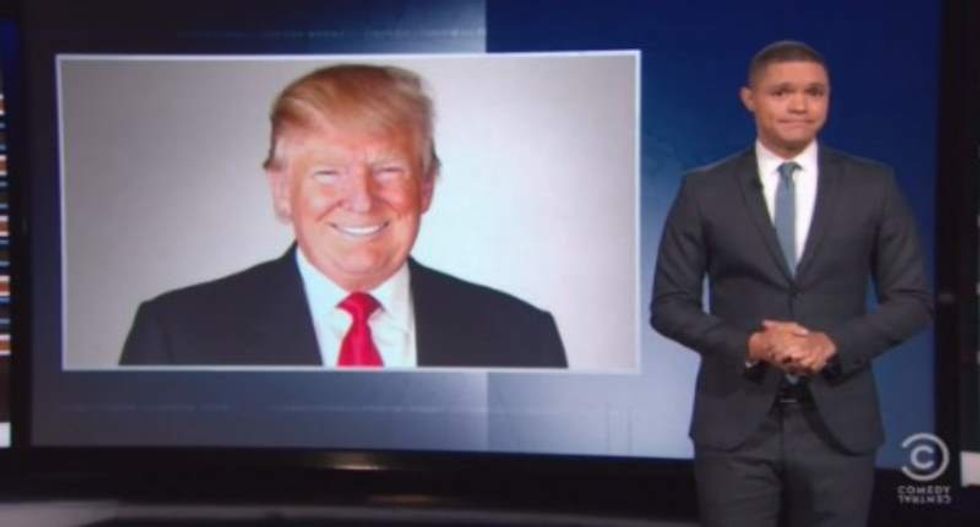 Trevor Noah stepped out from behind the Daily Show desk on Wednesday to offer Donald Trump some grudging praise on his decision to skip Fox News' next Republican candidate debate.

"From one perspective, Trump dropping out seems like the act of a petulant child," he observed. "But I think, honestly, he's a complete genius. Once again, ladies and gentlemen, Donald Trump has won the only fight that matters to him -- the fight for attention."

Noah argued that while taking part in Thursday's debate would not increase the amount of coverage Trump has been receiving, picking a fight with the conservative network -- and Megyn Kelly in particular -- would bring him even more attention.

Noah then recapped Trump's ongoing attacks on Kelly, including his Twitter boast that he couldn't call her a "bimbo" because it wasn't "politically correct."

"It's the same way we won't call you an a*shole because we, too, are constrained by political correctness. A*shole," Noah said in response.

The real estate magnate's plan, Noah said, only confirmed his observation last October that Trump was actually behaving more like an African dictator, as he pointed out that Ugandan President Yoweri Museveni -- also a billionaire -- also ditched his own country's presidential debate last week.

Watch Noah's commentary, as posted by Crooks and Liars on Wednesday, below.