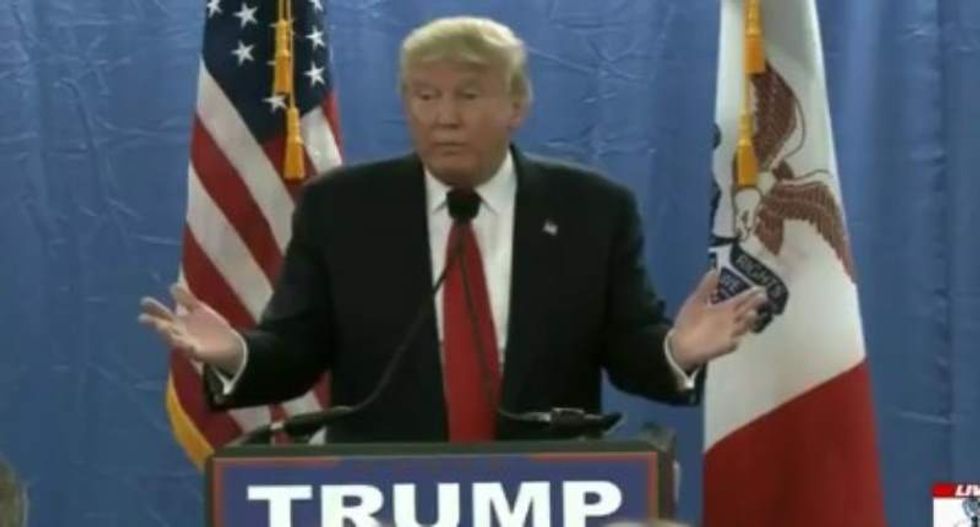 U.S. Republican presidential candidate Donald Trump said on Tuesday that "most likely I won't be doing the debate" on Fox News in Des Moines, Iowa, scheduled for Thursday night.

The billionaire businessman made the comment at a news conference in Marshalltown, Iowa, as the nomination race nears its first contest, the Iowa caucuses, on Monday.

Trump has been engaged in a public spat with Fox News since a debate last August in which he said he was subject to unfair questioning by moderator Megyn Kelly.

"Let's see how much money Fox makes without me in the debate," Trump told the news conference.

Update, 7:12 p.m. EST: CNN reported that, according to Trump's campaign, the real estate mogul will "definitely not" appear on Fox's event and could instead hold "a competing event."

Watch footage of Trump's remarks, as posted online on Tuesday, below.